Starting off with four female vocalists, Ginger was only one track in before the crowd insisted on singing him 'Happy Birthday'. It was a lighter start to the show with tracks like 'Sweet Wonderlust' from the new album and Ginger got in a bit of sardonic humour in claiming to go through guitar tuners like Fred West goes through spades, and saying it must be the universe telling him it's OK to be out of tune. On a more serious note, he added that it was good to be here as he was not planning to have a birthday party this year. It wasn't long before more people joined the party, including Share of Vixen on bass, and matters got heavier with the punky, tribal 'Bloody Knees' with its wild guitar solo. Taking a turn for the melodic we got 'Don't Stop Lovin' The Music' and 'Yeah, Yeah, Yeah'. 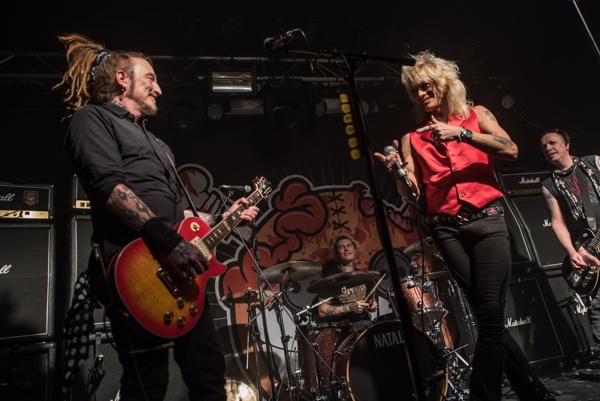 While it was fun to have so many people on the stage it had a spontaneous unrehearsed feel which can be good, but we turned to a still punky, but more organised event with Ginger singing and Jimmy Ashurst of the Ju Ju Hounds and Buckcherry on bass. But before long the blonde bombshell Michael Monroe bounced on stage to do 'All You Need' from the 'Sensory Overdrive' album he did while Ginger was in his band. Standing on the barrier and balancing on one leg, he couldn't help but steal a lot of attention, but Ginger didn't mind, aware that the energy had spiked. They then did 'Taxi Driver', the Hanoi Rocks track, which was a treat as it's a track that Monroe almost never performs now and allowed the crowd to primal scream on cue. They then did a couple of covers, 'I Wanna Be Loved' and 'Kick Out The Jams', with Monroe doing the splits and jumping off the bass drum. It certainly added piquancy to get Monroe on the bill and was a stroke of genius by Ginger.

We then turned to the main part of the show, a reunited Wildhearts with CJ, Danny and Bam Bam from the Dog's D'amour on drums. It was their home crowd and the audience went wild as the music took a heavier turn. The power of Bam's drums is something you don't usually feel, hence his name I guess. At this point, taking notes became impossible at the front as the entire crowd humped each other as they pogo-ed in unison to heavy strobes. Staying upright was a challenge! What I remember is 'TV Tan', 'Miles Away', 'Nothing Ever Changes' and 'My Baby Is A Headfuck', before I was almost completely crushed during 'Suckerpunch'! As we reached the end Michael Monroe came back on for '29x' and 'I Wanna Go Where The People Go'. A truly memorable night! 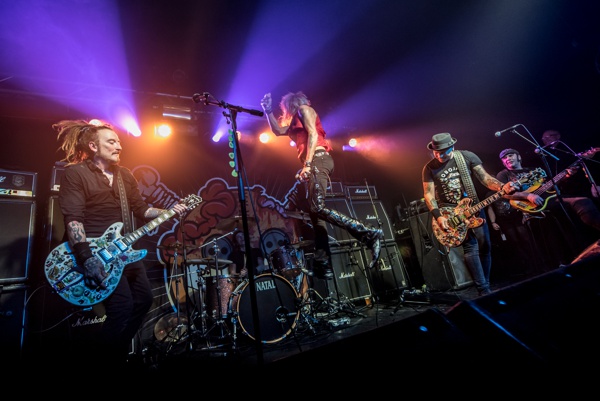 Ginger is truly loved by his fans and if he had not had a birthday party this year there would have been disappointment all round. Roll on next year! His creativity shows no sign of slowing so he'll have plenty of material to keep this annual event fresh and his choice of guests shows he's a talented MC. One of my gigs of the year. 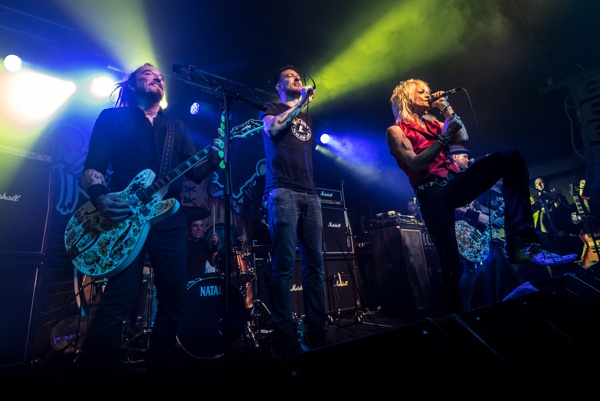