It's a Monday night in Manchester and the sky is threatening a downpour as hometown band Asylum City Zoo take to the stage, they are opening tonight and the room is three quarters empty. Though these guys don't seem to care (if it's empty or full), they go about the business of entertaining the people with gusto, their kilt wearing, long-haired, full-bearded, numerous headwear wearing bassist points out that it's 'Game Of Thrones' night and that's why there are only a handful of people in who are enjoying their eight song set no end. The track 'Sober' is a particular pleaser. 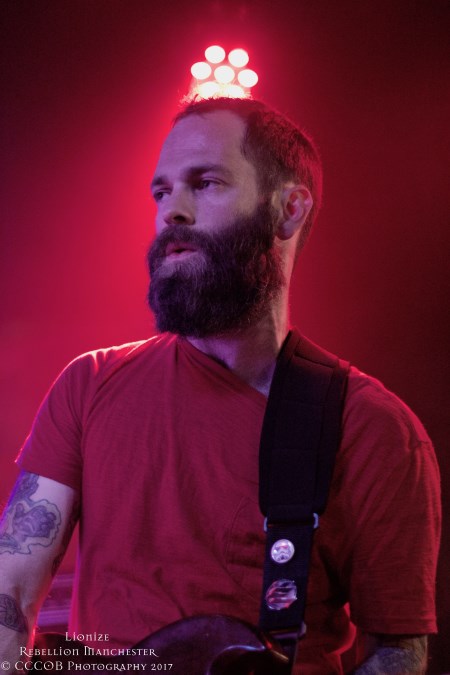 Up next are funky, Psychedelic Rock 'n' Rollers (their words, not mine) Good Foxy, this young, good looking, five-piece deliver a fresh, retro sounding set. Even the gremlins that plague the bass mid-way through doesn't faze them, bassist Freddie Brewin calls on their roadie and continues to sing backing vocals, clap and dance whilst the problem is being sorted – the band handles it like a group with a lot more road miles behind them. 'Down The Rabbit Hole' is one of the songs that stands out to these ears. Keep an eye out for these guys in the future.

And so to headliners Lionize, the room is fuller by the time they take the stage, vocalist/guitarist Nate Bergman resplendent in a sparkly gold jogging suit and matching footwear, clutching his black Les Paul and launching into the opening salvo of 'Evolve' and 'Replaced By Machines'. They are in the country on a twelve date tour in support of their new album 'Nuclear Soul' which is out next month. They hit us with four new songs, 'Darkest Timeline', 'Face Of Mars', 'Election Year' and 'Fire In Athena', the faithful supporters taking them to heart like they were old friends. They sound just as good live as they do on record, Chris Brooks' Hammond Organ shining through. 'Blindness To Danger', the song that they have released off the new album, is played mid-set and this is the type of song that will surely become a set closer or encore number. 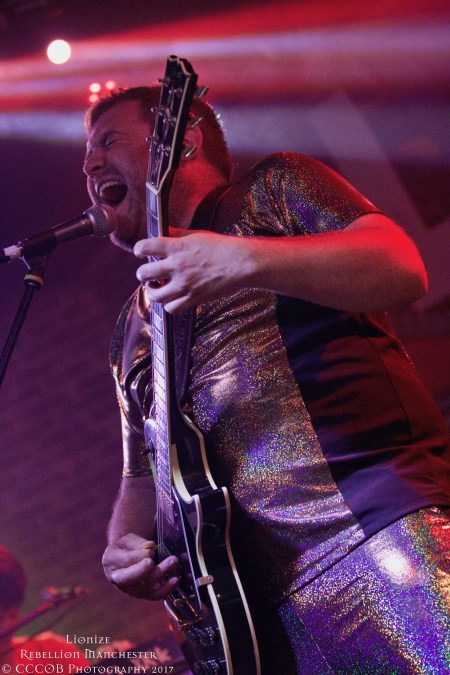 It's all too quickly over and we head back into the Manchester night and smug in the fact we saw them up close and personal in a small venue, because once the album is released larger stages will surely beckon, and quite rightly so.