Giovanni Spanó, or Gio to his friends, has two notable strings to his bow. First, he is the lead singer of deVience, a London based hard rocking band with a self-titled debut album under its belt. Secondly, and prominently with a #1 UK Soundtrack album in the bag, he is one of the stars of Jim Steinman's 'Bat Out Of Hell The Musical'. Fireworks Magazine got to meet up with Gio between shows in London to find out more about the singing workaholic. 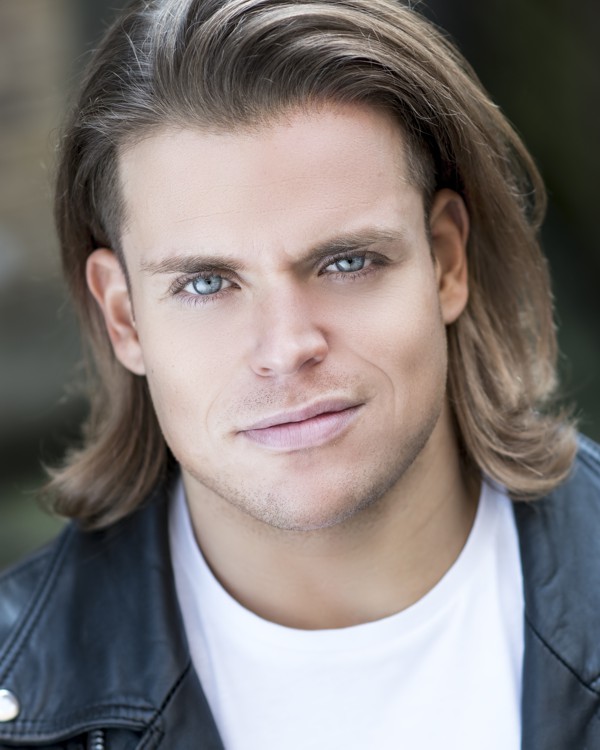 The sound of deVience is very much heavy Aerosmith with a dirty Guns n' Roses' edge – is that a fair assessment?

That's the vibe we are going for. When a riff goes through your body, you can feel it and then start to go with it. That's what makes you feel good and when you get a melody to fit with it, that's the whole package. I love being able to move to a track and being moved by one as well. I think our album does that and does it well – I am very proud of it.

The album starts off with an 'Eruption' themed bang?

The introduction to the album, 'Ignition', just gets me fired up and it does ignite you and prepares you to take on the album. That's what every album should do whether it is Metal or Hardcore; it serves its purpose.

Even though the majority of your album is full-on Rock, you have some big power ballads on display.

The ballads are really my thing; you have to empathise with people around you and be in touch with your own emotions. I was with a girl who I found incredibly easy to love but the rest of the stuff that came with it was difficult and that's the background to the track 'Easy'. For me it is the standout track, it's my baby, the one I cherish the most and invested myself in; it is basically about a love life past. There is a prelude to it that we wrote after the original song because I wanted people to ease themselves into 'Easy' with an acoustic piece.

I notice deVience have got a lot of shows lined up this year.

It's going to be a lot of fun – Isle Of Wight festival, HRH, Hair Metal Heaven for example. We are finally getting the recognition I believe we deserve and it's lovely to do what we do best – provide a great face melting Rock n' Roll show for the crowd!

We have a new single out called 'Beyond The Bounds'. We are doing it ourselves now; we used to have a label but it didn't work out and I am really happy with the gigs we have got at the moment. Next year, I hope we will be doing the Download festival.

How did you start your professional career?

When I was fourteen I was in 'Whistle Down The Wind' written by Jim Steinman and Andrew Lloyd Webber. Jim was around all the time. We were mesmerised as kids knowing he was there – it was great to be inspired by someone and get to hang out with them. He was such a nice character, in fact I am one of the few members of the cast who has had contact with him recently. It was truly an honour to get an email from him.

Unfortunately, Jim Steinman has had some ill-health recently. What involvement has he had with 'Bat Out Of Hell The Musical'?

He was a massive part of the process in the rehearsal period. He had a live video relay the whole time we were doing auditions and he was up to all hours analysing everything. He wanted perfection for this show and with the people I am on stage with, I don't think we are too far off! We get a standing ovation every night. I enjoy the whole thing, you can see it in my face. It is an honour to be on stage and sing those songs every night.

Your rendition of 'Objects In The Rear View Mirror...' brings depth to your character.

It's the time when the audience can relate to my character rather than being the bruiser running around beating up people. For the rest of the show, I do quite a lot and people know who I am and how much the other characters mean to me. I've got a New York accent for the show as the story is set in a dystopic Manhattan. My part is a brawny, bruiser character and the accent makes me stand out a bit. Andrew [Polec, the lead] is from Philly, so his accent is a bit different.

How do you keep your voice in shape for eight shows a week?

Steam, sleep and good vibes! When you do the show, you can't eat too much – you have seen how physical it is. I look after my body; this morning I went to the gym, then did West End Live and then onto the show. However, my brother and sister were the performers growing up − I used to like football instead! One day I heard 'Bohemian Rhapsody' and I knew music had to be part of my life. I would start singing and my mum said, "If you want to sing, do it properly" and so I started singing Opera first. I then found other styles of music and I seemed to lean towards Rock. I wanted to be a Swiss army knife so having this career in the West End and having a band as well means I have several strings to my bow. Life is hard for a singer; but if you do something you love every night – why not?

Sandy Robertson from Sounds was the first journalist in the UK to discover Meat Loaf and the music of Jim Steinman. He wrote of Steinman's plan for this Peter Pan of the future story way back in the 70s. It's fantastic how it has come together now.

It was originally a concept album for a show – 'Dream Engine'. If they turned it into a movie, it would be so cool, who knows? Mick Wall [colleague of Sandy Robertson] came to the show and loved it. He gave me a copy of his Meat Loaf biography ['Like A Bat Out Of Hell, The Larger Than Life Story Of Meat Loaf'].

Being part of the soundtrack which has done so well must have been the icing on the cake?

The recording was up in Manchester; we were doing the show there and we got the green light for the cast recording. We were number one in the soundtrack charts; eventually when it is released digitally we can get into the regular chart.

Back to deVience, when is the next album going to be released?

Album two is in progress; ideally I would like it out by the end of the year but the reality is more like the beginning of next year. In the meantime, we will be releasing singles as I want the second album to be even better than the first.

Finally, how did the band name come about?

Two of my favourite words are Vie and Defiance. It's an analogy for anybody who doesn't think they can achieve anything – so you Vie to reach a goal, like get a band together, and you Defy expectations and smash people's preconceptions of you. Vie to defy!

Full details about deVience and upcoming tour dates can be found at the band's official website www.devience.com .

Click HERE to read the review of DeVience - 'DeVience'