Having released two highly lauded albums of epic 70s flavoured Hard Rock, Inglorious have been heralded as one of the brightest hopes for the genre here in the UK. But just as their new album, 'Ride To Nowhere', is about to be released, there have been massive upheavals in the ranks with guitarists Drew Lowe and Andreas Eriksson leaving the band, along with bassist Colin Parkinson. However, band leader Nathan James remains calmly unperturbed, the singer being steadfastly upbeat and confident as he sits down with Fireworks to discuss the new album and those particularly thorny band issues... 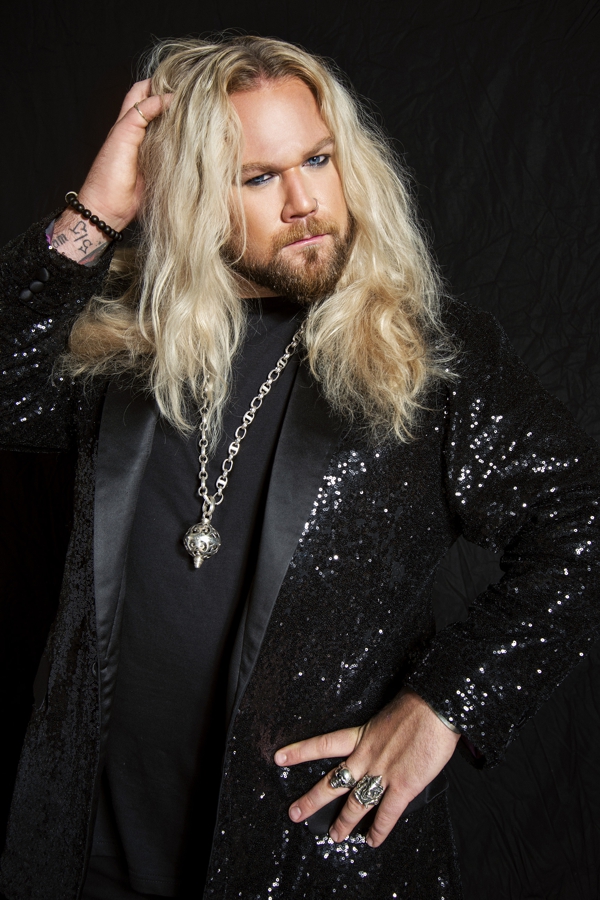 Right, I guess we really have to address the issue of the line-up and the departures...

I've had a hell of a month to say the least! But life goes on. I started this band so I will continue it. They all auditioned for my band in the first place and now some other musicians will. All my favourite bands have had line-up changes and sometimes they are necessary to keep the band going.

Inglorious fans are worried about the future of the band. What can you tell them to alleviate their fears?

We will continue to tour, make music, rock and continue with the success we have had so far. The new line-up is fantastic and the songs will be played true to the recordings. We have a new album coming out and a lot of touring in the diary. We'll be playing many festivals this year and going to places we haven't been before. Phil our drummer, and myself are super excited about the future and also very, very excited to be on stage with our good friend, and one-time tech for Inglorious, Danny Delacruz. At 19 years old he wipes the floor with most guitarists around now!

So onto the new album, 'Ride To Nowhere, which in my opinion is your best yet; being so intense and mature. Can you tell us about the making of the album?

It was lyrically very tough for me to write, as I had a tough year with the loss of my grandfather and one of my best friends. It was so tough and sad but I found great comfort in writing songs for them. As always, I wrote about people in my life – whether I love or hate them they are always good topics lyrically. The album was tracked mostly live by the guys and was mixed by Kevin Shirley, who I love as a mixer; he gets my vocals just right. The artwork for this album is special too. I commissioned a friend, a tattooist, to draw a piece for each song and I gave him free reign of what he heard and imagined for each tune. It's a much darker record in sound and lyrical content. I hope people enjoy it.

I'm really impressed by the songs 'Queen' and 'Liar'. What inspired those two real Rock anthems?

'Queen' is about my mother, who I have never written a song for before. I figured it was time to let people know I love my mum, haha. 'Liar' is about an old friend who has been caught lying too many times and is going through some trouble. But ultimately the joy of song-writing is that I can channel my feelings and experiences with these people into songs.

Inglorious are inspired by iconic Rock albums from the 1970s, but today we often see the trend to slavishly follow the footsteps of vintage rockstars. For you, what's the main difference between being inspired by an idol and simply copying someone else?

Being authentic to who you are and what you write. Usually it's people that see and follow trends that copy – I don't do that. Yes, listen to your heroes, but I ask what made mine good, what did they listen to? That way I can come up with my own influenced version of what they are. We don't rip-off one band. We don't dress like one band. I don't think of others when I write, I think about what we are and how the song can tell people we are real and different to the rest. It's amazing when your heroes think you are great and are doing something right. Also, I think the public know when it's real or not. But not being ashamed of your influences is cool. People can also try too hard to be too original and too cool.

What do you view as the most original Inglorious trait?

The way we write and record, all in one room. It wasn't original in the 70s, but it is now in 2018! I also think that skills are original; in an age where it's easy to cheat, we never have. We are not like that. This band will always be made up of great musicians that love to play and practice to be the best. Music first...party second!

I have to mention 'Glory Days', an amazing closing track. Is it a hope for the future?

It was actually written about the breakdown of a relationship. I am so glad I was able to write this song and almost let go of the emotions I held with it. I cried whilst recording it. Whilst in the studio our A&R guy was there and we nearly stopped the take but I kept going and I think we kept most of it; if you listen to the track at the end you may hear it. That period of my life was so wonderful but we move on and have to understand there is more to life. Life is beautiful and too short to be unhappy.

How does it feel to be 'The Voice Of Humanity' in Jeff Wayne's The War Of the Worlds?

I am so excited to sing the song 'Thunderchild' and to work with Jeff! He's such a nice guy! I have played arenas in America with TSO but never here on home turf, so that's gonna be a lot of fun. I can't believe I will be singing at the O2 arena, where I have seen U2, Metallica, Kiss, Bad Company, ELO, Queen... I will be backstage at that venue and I am so proud that my family will get to see me on that big stage. It's gonna be a tour to remember for sure!