As the lights went down the atmosphere was palpable from the near-capacity crowd as Toto, arguably the greatest session musicians in the world, kicked off their two and a half hour set with 'Alone', a new song from the excellent, recent compilation '40 Trips Around The Sun'. This was followed by 'Hold The Line' and the fact they played this classic "early doors" just ramped the atmosphere into the stratosphere.

The vibrant and totally enthralled audience were then treated to a collection of Toto classics and deep cuts from their forty-year career. You can never accuse this band of going through the motions; it would be so easy for them to play ninety minutes of just their "greatest hits", take the pay-cheque and be on their way. 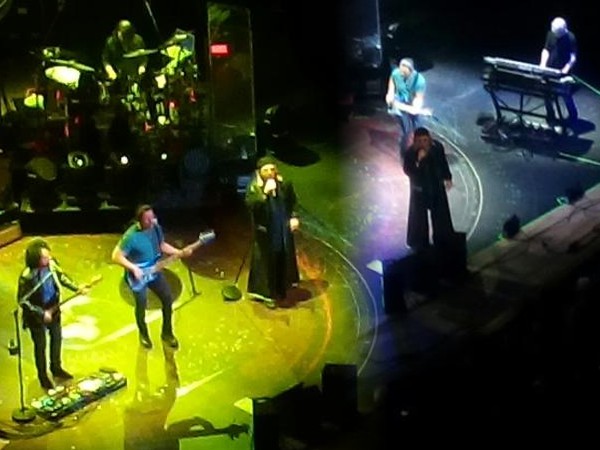 The sound and set-list were excellent, although I personally thought both were not quite as good as when they played The Apollo a couple of years ago – well, only marginally.
The set was broken into three distinct parts. The first mixed new songs like 'Alone' and 'Spanish Sea' with classics which included a barnstorming rendition of 'English Eyes', an emotional 'I Will Remember' (dedicated by Steve Lukather to the sadly departed brothers Jeff and Mike Porcaro) and concluded with 'Rosanna', one of the all-time great songs of any genre.

The next part of the show was a "Storyteller Acoustic Set" led by David Paich (keyboards, vocals), Steve Porcaro (keyboards, vocals) and Lukather (guitars, vocals) where the original members discussed the songs and their origins. Although they were all cut-down versions, it was none-the-less fantastic to hear the likes of 'Miss Sun' (from 'Toto XX'), the Jazz-infused 'Georgy Porgy' and the amazing 'Holyanna'. The latter has rarely been played live but has frequently been requested by fans across the world, some have even gone as far as to name their daughters after the song title. It was also great to see Lukather make Joseph Williams feel like he was an original member, even though he did not join the band until 1986 (and the release of the 'Fahrenheit' album). Williams' vocal performance was brilliant throughout and none more so than on the beautiful 'Mushanga'. The emotional 'Stop Loving You', during which Lukather took the lead vocals, saw this part of the show come to a poignant close.

The aforementioned main band members were ably supported by touring members Lenny Castro (percussion), Warren Ham (saxophone, harmonica, vocals), Shem von Schroeck (bass) and Shannon Forrest (drums). As you can imagine, you have to be an extraordinary musician to take to the stage with Toto and these guys were just that. Despite the level of musicianship being off the scale, it never once came across as pretentious.

The start of the third and final portion was ridiculously sublime and included 'Girl Goodbye', where the hairs on the arm literally stood on end, a perfectly executed 'Angela' (from their 1978 debut album) and 'Lion' which Williams nailed to perfection. I'm sure Fergie Frederickson would have been part of the fortieth birthday celebrations had he not been taken from us far too early. Another deep-cut came by way of 'Dune (Desert Theme)' which was taken from the soundtrack of the 1984 David Lynch fantasy film 'Dune'. The cover of The Beatles' 'While My Guitar Gently Weeps' (now fifty years old) gave Lukather another excuse to solo like his life depended on it, not that he needed any excuse as he ripped solos at every opportunity throughout the whole evening – and this from a guitarist in an AOR band. In terms of guitar, vocals and song-writing, there cannot be many greater exponents on the planet. Thank God then that he has dodgy hair!

'Make Believe' (from the legendary 'Toto IV' opus) was outstanding before the band announced "that song" and a subsequent fifteen minute rendition of the classic 'Africa', which included several solos and lots of crowd participation.

The band left the stage briefly before they again returned for a one-song encore of 'The Road Goes On'. All nine members of the band then took front and centre stage for a deserved standing ovation before the audience departed into the cold Manchester night, all in total amazement at what they'd just witnessed. 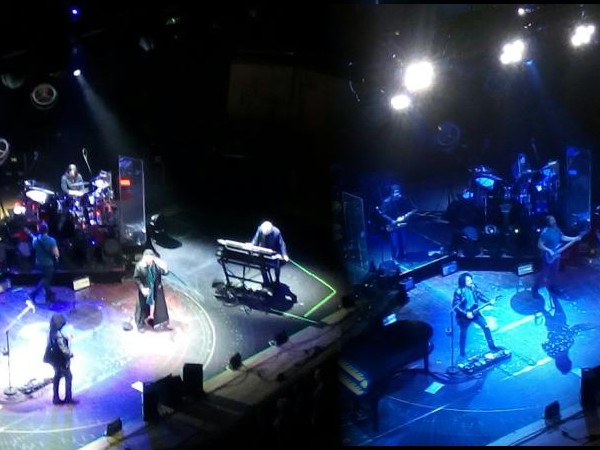 '40 Trips Around The Sun' Tour

'The Road Goes On'