The Dead Daisies / The Amorettes

Opening with 'Born To Break', The Amorettes hit the stage to an already packed Academy 2. This is my second time seeing the all-girl trio from Glasgow and I have to say that I'm a little ambivalent to their sound; it's pleasant enough, although too raw for my tastes, particularly Gill Montgomery's vocals. She's certainly an accomplished guitarist and sisters Heather and Hannah McKay ably support her on bass and drums respectively. One of my friends maybe being a little unkind in saying that they possess only one song – 'Let The Neighbours Call The Cops' – however, I can understand where he's coming from. That said, I do like their second offering, the more commercial 'Everything I Learned, I Learned From Rock 'N' Roll', which is quite a catchy little number. Their eight-song set concludes with the sing-along that is 'Hot And Heavy'. The crowd reaction is relatively positive, but I don't think I am alone in my inconclusiveness. 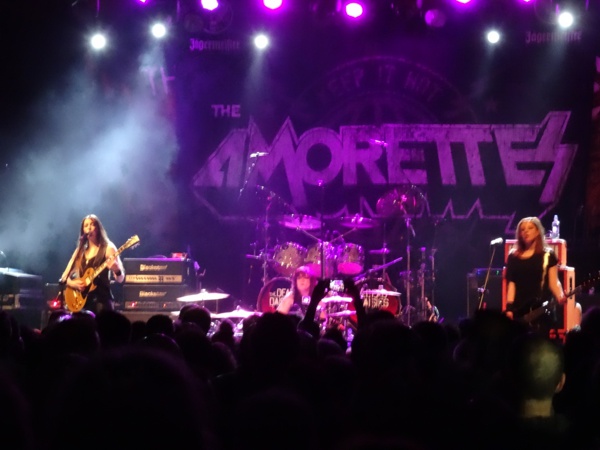 There was definitely no ambivalence towards The Dead Daisies as they hit the stage to a rapturous reception. They kick off with the opening numbers from their latest album 'Burn It Down', albeit in reverse order. Next up is 'Make Some Noise' which is the Daisies equivalent of Kiss' 'God Of Thunder' and is made for the live arena. Indeed, most of their songs are just elevated to whole different level in the live environment; none more so than 'Song And A Prayer' that sees the Academy rocking like there is no tomorrow. The sound, like on their recent albums, is phenomenal and the great mix further bolsters it. This is my first time seeing John Corabi live and I am mightily impressed by his vocals as well as his stage presence. I had expected him to hog the limelight, but he is very generous as are all the members of the band; no superstar egos on show here. 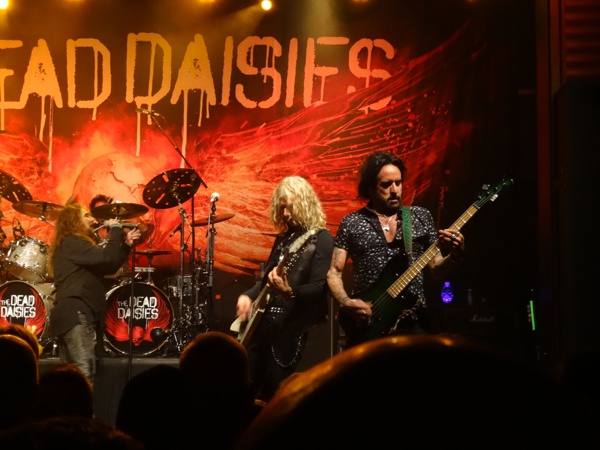 'The Last Time I Saw The Sun' is very apt for the cold Manchester evening, although it's like a cauldron inside the Academy 2. Corabi mentions the awful UK weather, which turns out to be the perfect cue for crowd-favourite 'Mexico' (from 2015's 'Revolucion' album). 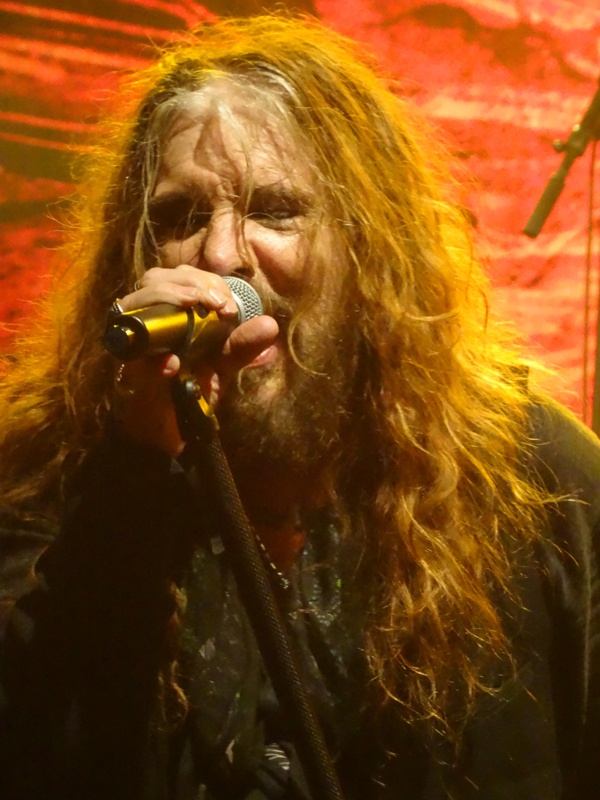 David Lowy must have to keep on pinching himself when he looks across and sees the other musicians alongside him on the stage. Come on and admit it, we would all do the same if we had the opportunity?

Don't get me wrong, this is as tight a band as you're likely to see and they genuinely look to be really enjoying themselves night after night; the audience would not respond in the way they do if this was not the case. 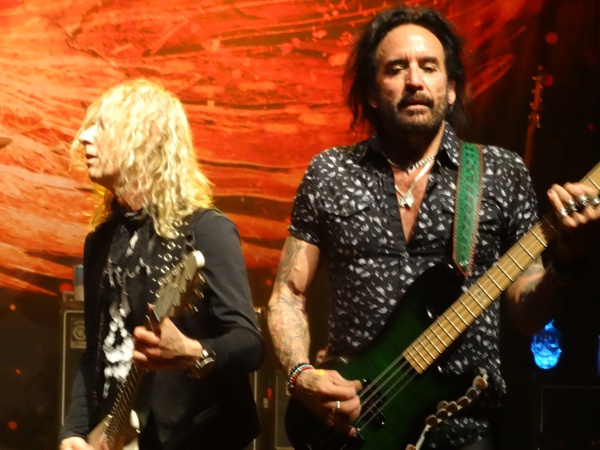 The Dead Daisies have a novel and cool way of introducing the band members to the crowd. As they present each individual member, the band break into a snippet of a Classic Rock song; New boy and drummer Deen Castronovo to Kiss' 'Rock 'N' Roll All Night (Party Every Day)', original founding member and rhythm guitarist David Lowy to AC/DC's 'Highway To Hell', bassist Marco Mendoza to Thin Lizzy's 'The Boys Are Back In Town', lead guitarist Doug Aldrich to Deep Purple's 'Smoke On The Water' and lead singer John Corabi to Black Sabbath's 'Heaven & Hell'. The capacity crowd duly join in and take the proverbial roof off the venue. 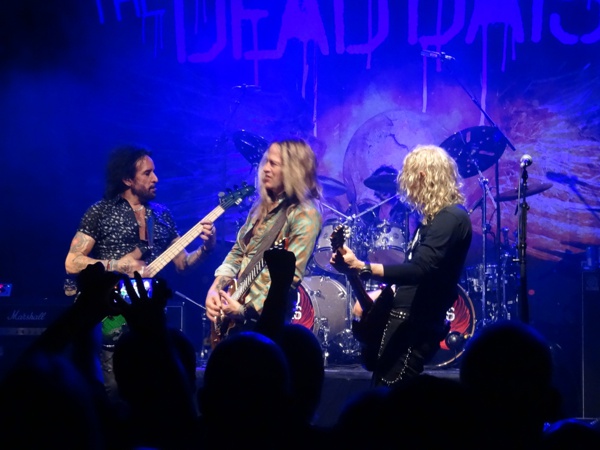 Along with the aforementioned songs, there are full-length covers of The Rolling Stones' 'Bitch' (featuring a fragment of Led Zeppelin's 'Whole Lotta Love'), The Sensational Alex Harvey Band's 'Midnight Moses' which closed the main set (and a song that The Daisies have almost made their own); and the final encore of The Beatles' classic 'Helter Skelter' (featured as a bonus track on 2016's 'Make Some Noise' opus).

The first encore song is 'Judgement Day' which begins and ends with an Aldrich solo and, if I'm not mistaken contains a short snippet of the Coverdale/Page classic 'Shake My Tree'. 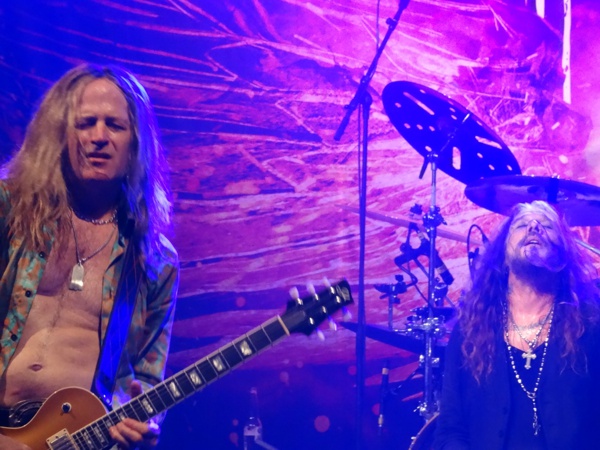 This was an old-school Rock 'n' Roll show, the likes of which I regularly attended in the eighties, however, this evening the sound was infinitely superior to that heard three decades ago. It was also great to see a mix of ages attending and ultimately enjoying the show. I'm pleased that I went to see The Dead Daisies this evening as I'm sure that they will be playing much larger venues the next time around. Corabi and Aldrich could be the next Steven Tyler and Joe Perry as this felt like what it must have been like seeing Aerosmith in the early days? What is for certain is that Classis Rock is alive and kicking in 2018, and The Dead Daisies are at the vanguard! 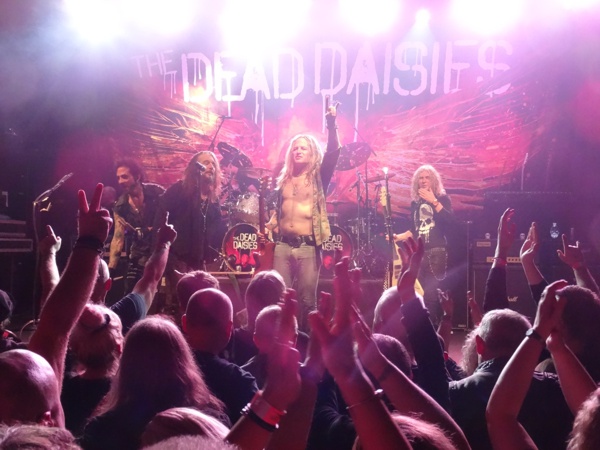