One band that I have to see when they play in this country is Arena. It is a group that I have followed since its inception and I genuinely had to sit down when I read that this tour would celebrate the 20th anniversary of 'The Visitor' album. Twenty years? Where the hell did they go? Yet it is which means that I have grown up with this band for the last twenty-three years (this was their third album, they started in 1995). Out of all the albums that they have released, I think most people (possibly including the band themselves) would agree that 'The Visitor' is the jewel in their crown. These dates that slightly precede the release of the new album, 'Double Vision', were to be split into two parts; the first section would be the complete 'The Visitor' album performed live (for the first time I think, definitely in this country at least), while the second half would be a variety of tracks from their other albums along with some new stuff. What more could you want for your money? 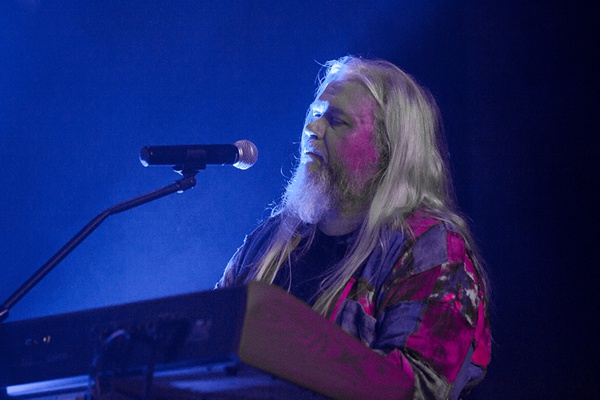 There was no support act and the band came onstage at around half eight. There was a good crowd in the hall, but that was no surprise as there always is for these guys. One thing that playing '...Visitor' offers is that it allows whoever is doing the vocals to get theatrical. I remember Paul Wrightson, the original '...Visitor' vocalist, coming onstage with his frock coat, cane and top hat, which is exactly what Paul Manzi (yes, the same one who sings for Cats In Space) did (apart from the cane, I didn't see that); a great job of it he did too. You would have thought that he was the original singer (nothing in it that caused him concern at all) right from the opener 'Crack In The Ice' which set the tone for the evening.

As promised, they did the whole album and in the right order, which was in itself a treat as there isn't a song on that record that dips below excellent, but for me 'The Hanging Tree' has always been the 'Comfortably Numb' of Arena's catalogue and it was great to hear it again tonight. I can't remember Manzi breaking character during the whole of 'The Visitor' section. He donned a few extra garments, such as a white ruff around his neck when he portrayed a preacher, but I can't remember him saying anything to the crowd. In fact, I can't remember anyone saying anything before Clive Nolan said, 'That was our first track' at the end of the section.

I thought they might have taken a break at this point, but they just carried on with some new stuff and some really old stuff (apologies to Phil Collins). 'Poisoned' was the first new song from 'Double Vision' and also the start of the second half. Like all new material, it is difficult to assess the first time you hear it; even more so if it is in the live environment, therefore, I won't really comment, other than to say it sounded okay but strange in the middle of all this familiar material. In contrast, we had the really old stuff next with 'Jericho' (from the very first album), followed by 'The Butterfly Man' (from 'Immortal'). They then played the second new song, 'The Mirror Lies', 'The Tinder Box' (from 'The 7th Degree Of Separation') and then 'Solomon' (again, from the very first album) as the end of the set. The encore consisted of just one song, which went way back in time again to 'Pride' with 'Crying For Help VII'. There was nothing at all from 'Unquiet Sky', 'Contagion' or 'Pepper's Ghost' (oh, how I would like to hear 'Opera Fanatica' played live!) 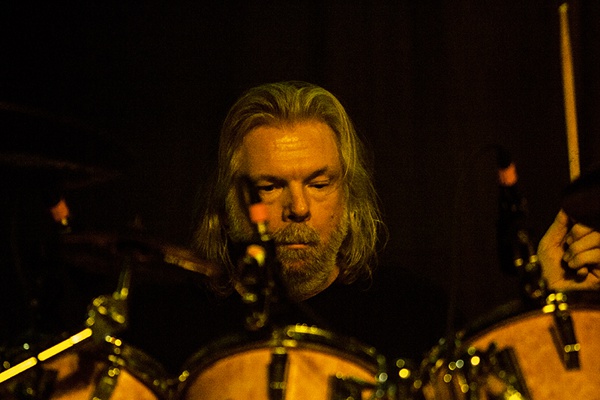 That was it for another three or four years maybe, which is a shame as I could listen to this stuff all day, but they are more appreciated in Europe than they are here, plus they have their other projects such as Pendragon, Caamora, (Clive Nolan), The Urbane, Kino, It Bites, Frost, Lonely Robot and anybody else John Mitchell can get his teeth into. It is fortunate that the Classic Rock Society is still going as, without them, we would probably not see bands like this in this area. Arena are a band I will always go out and see. They don't rely on any gimmicks (unless you count Manzi's frock coat and neck ruff as a gimmick, and I don't), other than playing excellent music consistently well, and I look forward to seeing them again in the future, whenever that will be. 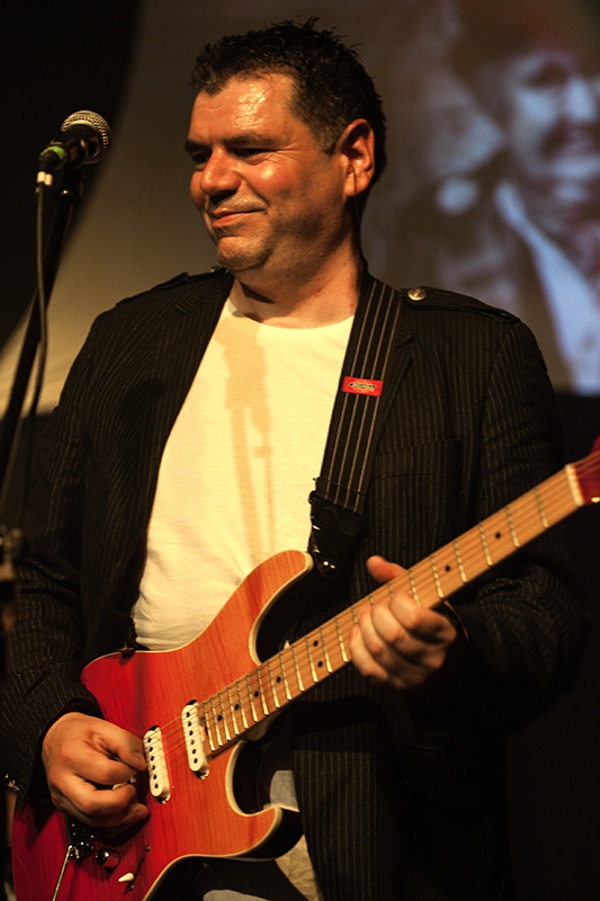 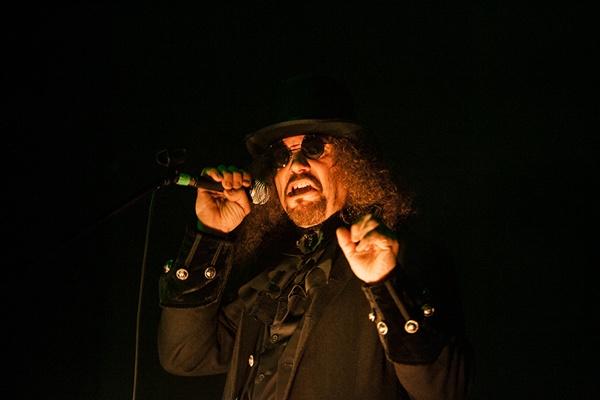