Arriving at an already jam-packed SWX in Bristol, I ventured into the darkly lit room. It was already buzzing with fans who were bubbling with excitement, pre-empting as to how awesome the night was going to be. You could feel the pent-up rage, the heat and energy ready to explode. Sorted and now able to relax, I pitched up for the night of pure Nu-Metal pummelling that was about to be bestowed on me.

Missing the first band, I managed to see Cane Hill. Named after an abandoned British psychiatric hospital, the Louisiana Heavy Metal crew performed their savage set. They did a great job with their dark Nu and Alternative Metal onslaught, full of sub drops, trippy guitar licks and explicit lyrics. During the set, I wandered my eyes over the attendees. There was a good mix of young and old Metallers, and some who look like they should have been going down the local club for a spot of bingo. Beardies and non-beardies, hairy and folically challenged, all mixed in together singing in unison for one purpose. Moreover, talk about being "sardine" packed tightly together. I'm sure if they could have moved more than an inch, the fans would have been manically moshing big style. Instead, there was a lot of rigorous head bobbing to the angsty frustration that was blasting from the stage. When they ended, Cane Hill got an uproar of appreciation. 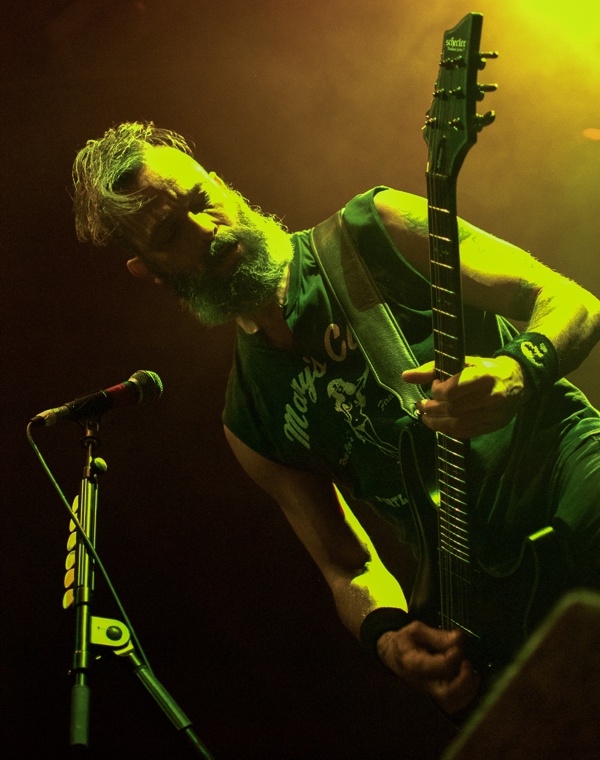 Still, more people were pouring in. It was as if the whole of Bristol had come down for the party. This was one "hot" gig, in both the literal and physical sense. By now, the fans were definitely juiced up, ready to brave the Canadian Metalcore veterans 36 Crazyfists, incidentally named after the film 'Jackie Chan and the 36 Crazy Fists'. Enhanced by their hi-octane mix of furious finger-blistering guitar and bass riffs and thunderously blitzing drumbeats, behemoth vocalist Brock Lindow didn't mess around engaging and working up the room whilst ensuring every part of the stage was used to its full effect. He enraptured and commanded from the outset, with all eyes firmly glued to his every movement. His raspy rapped nihilistic words were eloquently clear and feisty with every venomous verse he sung. When it came to the melodic verses, he had no trouble moving easily from the bottom to high ranges.

Half-naked, tattooed drummer Kyle Baltus flailed his arms with direct purposeful and precise hits on the skins, whilst head-swirling guitarist Steve Holt and bassist Mick Whitney swiftly and precisely raged through an adrenaline fuelled set. With their mix of jarring Metalcore, Nu-Metal grooves and the anthemic charge of post-hardcore, this was an onslaught of frustration, melancholy and pure rage. A song from the 2017 album 'Lanterns' called 'Old Gold' had a deep, darker, slower and dirgy feel compared to the previous faster heavyweight Rap and Nu-Metal style. This was reminiscent of Cradle Of Filth and NIN. The tightness of the music and beats throughout this track, and in fact the complete set, demonstrated that they are experienced veterans in their field. They delivered their goods with ease and to maximum effect. They were killing it. The crowd absolutely loved it, you could see they were wholly engaged and enraptured. 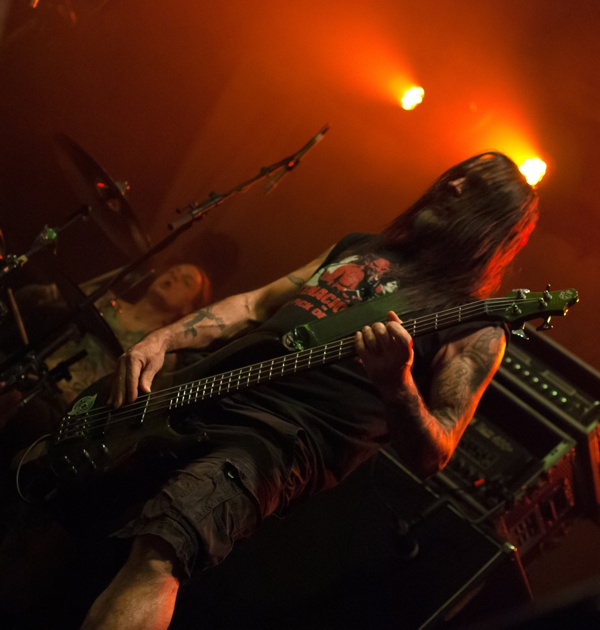 Watching and listening just as intently, it brought back fond memories of my frustrated teenage years in the mid-nineties when Nu-Metal was in its era. Bands such as 36 Crazyfists, alongside Korn, Papa Roach and Coal Chamber were making themselves known. The mix between savage, angry vehemence to more softer, melancholic tracks drawn from their long discography covered twenty years. Brock reciprocated this to the onlookers, and gushed at how grateful the band are to their loyal following, and after a short band introduction, the crowd sang was encouraged to embark on a "sing along", as to which they happily obliged. Going wild for the bands last offering 'Slit Wrist Theory', hands and arms were raised, pounding the air in homage. 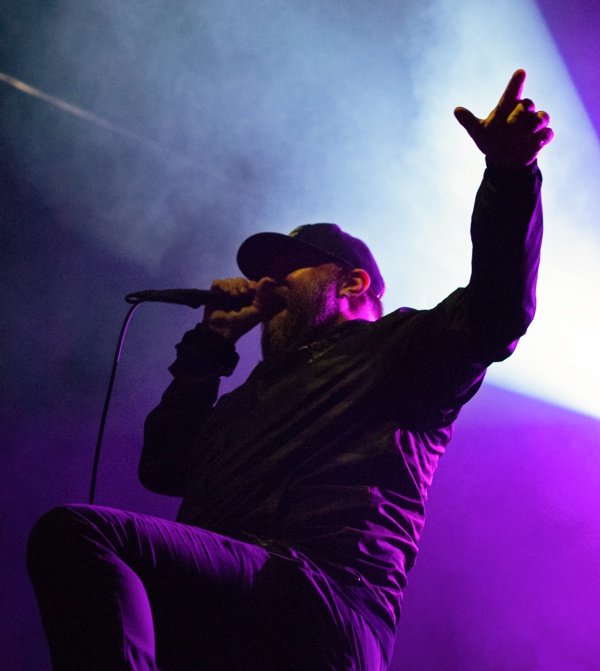 The last note resonated and 36CF were greeted with much appreciated whooping, shouts of appreciation and applauding. With the ringing of tinnitus and the chorus of the last track still resounding in my ears, this was one gig that has certainly left a lasting impression.

Review and photos by Sonia Waterfield