The Crybabys / The Black Bullets / Scant Regard

Scant Regard is a one-man-band delivering Telecaster fiftiess sound crossed with New Wave, against backing tapes allowing for weird electrical effects. Covers such as Devo's 'The Model' went down well with a crowd old enough to remember it first time around and given an update with an eighties Rock guitar solo. 'Hey Mickey' was another surprise cover, given a twist when delivered by a male. There was original material too. It's hard to know whether big riffs against pre-recorded materials will ever go further than an opening act and there was something of a novelty appeal about it, which means it's difficult to know if it will be enduring, but as a first time experience it was entertaining enough. 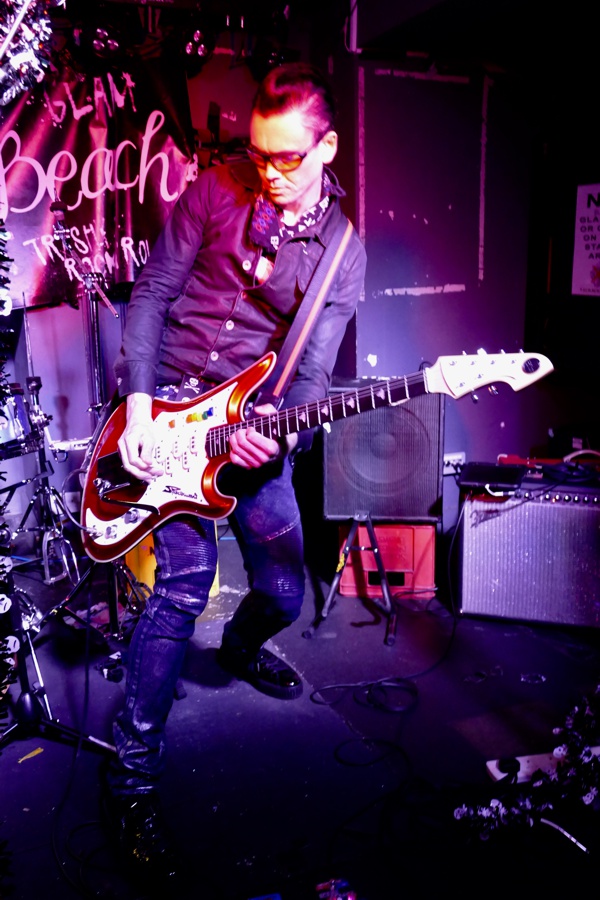 I would really love to see The Black Bullets in a venue big enough for them to express themselves fully, as the Hope And Anchor could barely contain their energy. Also this was too short a set really for a band which I think is a natural headliner. As a result, it seemed over in a flash. 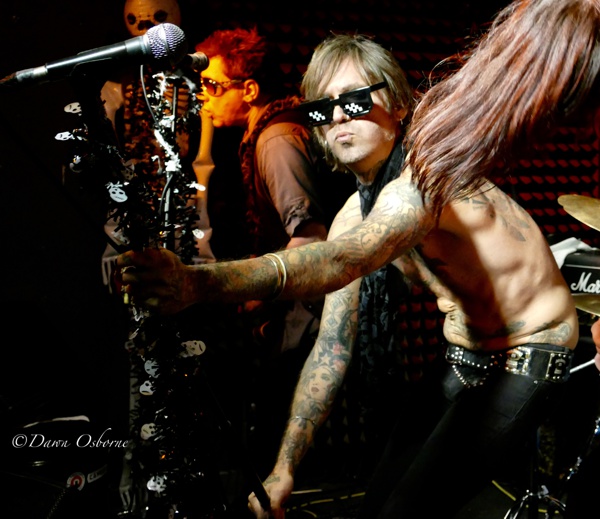 By the time I had taken in Billy Tee's demeanour as a cool dude and watched smiley bassist Alice E Atkinson literally bend over backwards in her sexy Santa costume, clocked their catchy new single 'When The Devil Comes Knockin' when Billy Tee has lost his shirt again, and we were at the last song. 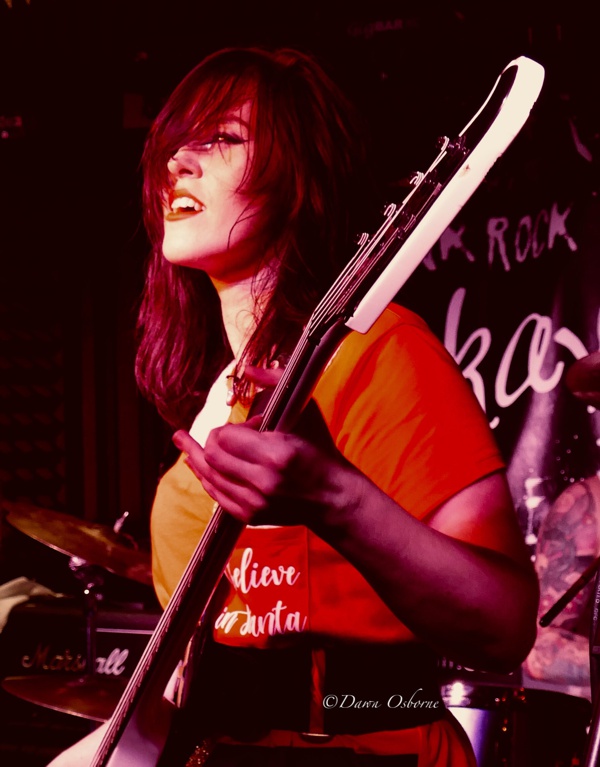 There was barely time for them to jump in and harass the audience before it was sadly all over. I can't wait to see them at HRH Sleaze later in the year where they should have way more room to burn and a longer set.

So it's onto the main band, Crybabys. Honest John Plain was looking cool seated on the side watching Darrell Bath doing the chirpy cockney frontman, and jobbing Gary Pearce doing his impassive Rolling Stone Ronnie Wood look for their Faces-style Rock 'n' Roll. They did all their hits, 'You Don't Have To Wear Boots To Be A Cowboy' and 'Where Have All The Good Girls Gone' for starters, always full of humour, exemplified by 'When You Leave Me Baby Can I Come Too?' 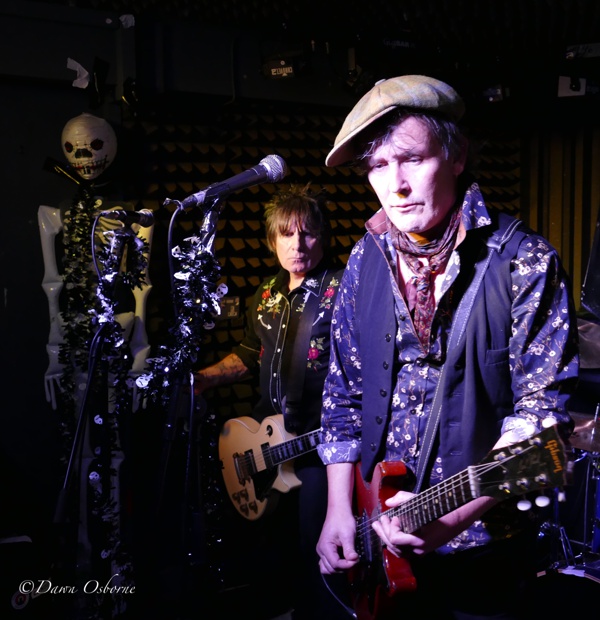 Some wag shouted "play one that we know, play one that you know!" They played for so long they seemed to run out of songs, but the crowd would not have them leave. Plain and the bassist didn't seem to know 'Run Rudolph Run', but they did it anyway. Eunan Brady of the Hollywood Brats and the London SS jumped on stage whether he was wanted or not for 'Dead Flowers' and nothing would keep him away. 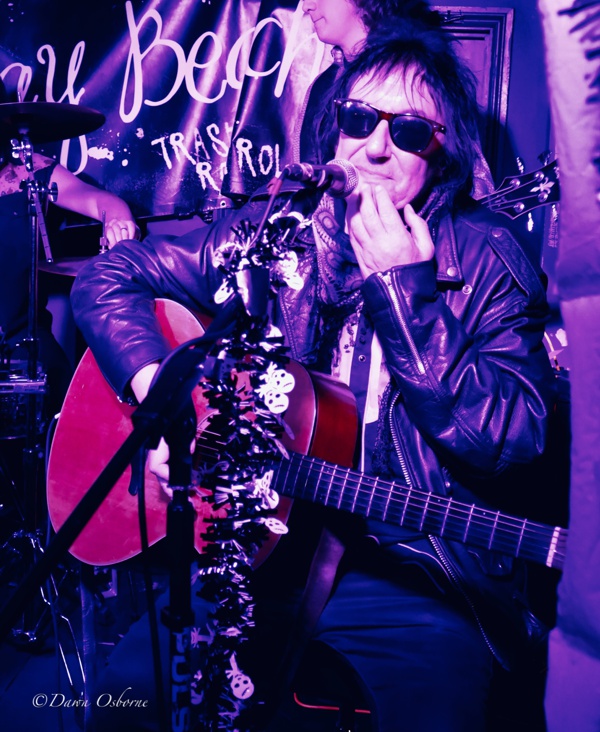 Following 'Tell Me', Darrell thanked everyone for their time and their money and the metaphoric curtain closed. He let all the chaos happen around him like he's seen it all before (as, of course, he has). We should treasure such Rock 'n' Roll nights, and I'd rather see Plain play sitting down that not at all. Grab it while you can kids, as it can't go on forever.