Soundwise, Anzi Destruction and Timo Kaltio are like a combination of The Suicide Twins and Iggy Pop, although Anzi has Nordic good looks like Mike Monroe on stilts. Kaltio was visibly drunk and maybe that only added to the comparison with the old days. There was something slowed down about the slide guitar like 'Sweet Home Alabama' played at the wrong speed. Personally, I loved the loud fuzzy noise with a Punk vocal. There was a crackly amp and they did not get a sound check for which they apologised, but when they played 'Beautiful Disaster', the old Cheap 'n' Nasty tune, it couldn't be more perfect. Kaltio finally sat down before he fell down and they finished with 'Suicide Angels', the old Stereo Junks track. Totally Rock 'n' Roll, they don't make 'em like this anymore. 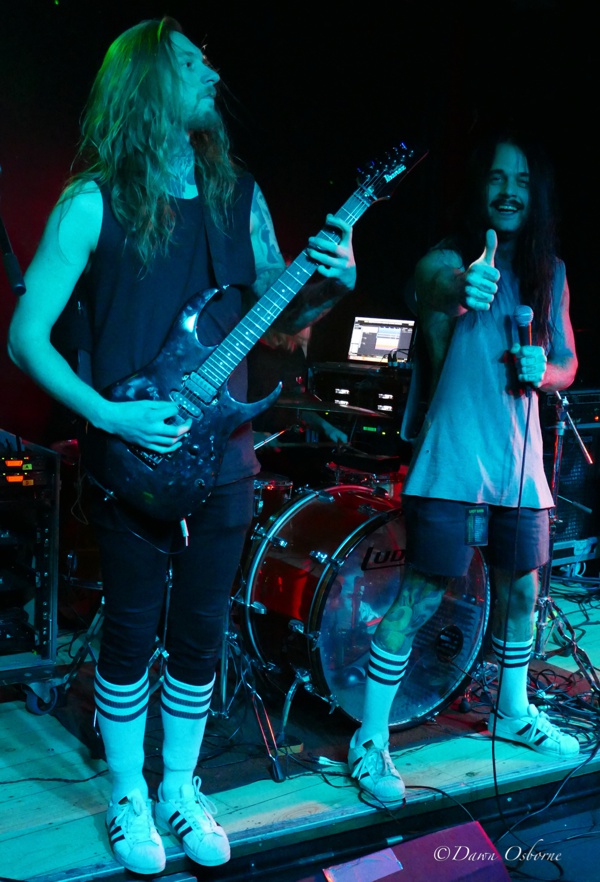 The Last Band are a Death growl band from Gothenburg, Sweden, with matching stripey socks and football boots. I was told they were like Rage Against The Machine, although visual elements of their performance reminded me of the Chilli Peppers. They were friendly enough, although they complained it's cold in England! It's really not my genre and I couldn't detect any melody, so I'm taking the fifth.

Finally we got Adam Bomb. The consummate showman, he still looks in his thirties in head-to-toe snake print, gold glittery scarf and Chelsea boots. His show was cut short which led to him concentrating on covers which is, of course, de rigueur in the States. In fact, while it was a great show full of guitars and drums on fire, guitars being played with teeth and behind the head and replete with great covers of the Beatles, Led Zeppelin, Jimi Hendrix and Van Halen's 'Eruption', people were begging for his solo material like 'Pissed'. 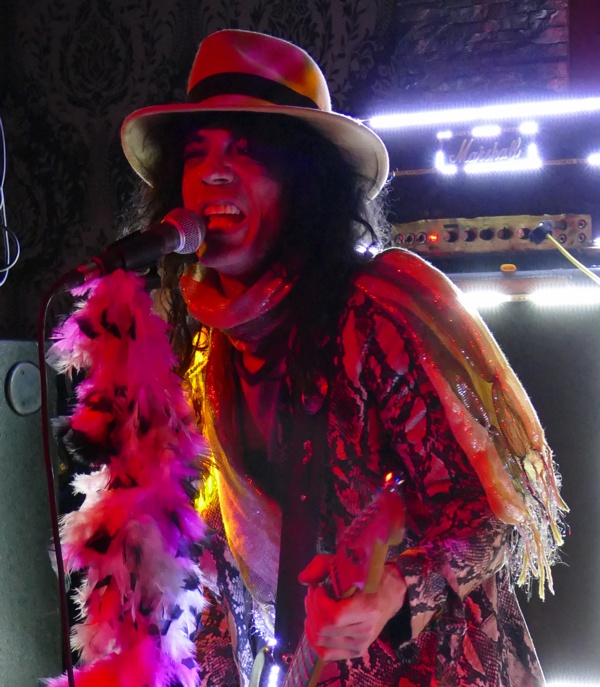 It was, however, just like NYE when he played the USA national anthem and 'New York, New York' which got the crowd swinging both legs, 'Life Of Brian' style. When he was running out of time he also acceded to requests for 'I Love My Heavy Metal', which had one blonde on her knees almost crying with passion for the song which truly was a great version, and the highlight of the show with its seventies Glam Rock brilliance. Closing with 'Rock 'n' Roll Suicide', we can only hope artists like this get more exposure and ability to express their own songs and individuality. 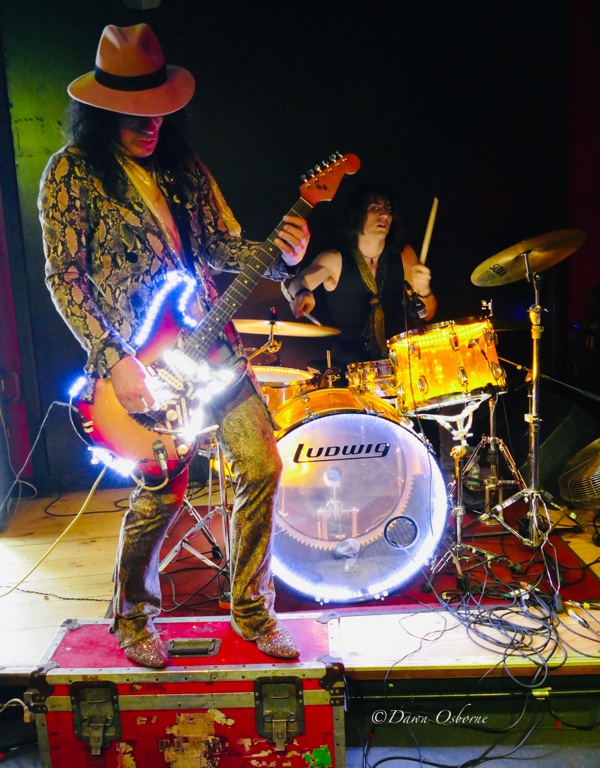 Adam lives for Rock 'n' Roll and I believe and hope he will never give up. Tonight's show proved there's an appetite for his own material, and with the climate turning towards Classic Rock I hope he gets to play bigger crowds; he would be perfect for the Monsters Of Rock Cruise, for example. I wanna do it all again with a set twice as long!