Dawn Osborne attended Day One which was right within Fireworks/Rocktopia sights headlined by the one and only Jizzy Pearl, whose live shows get better and better, and Junkyard whose material still has Rock fans queuing at the front to shout lyrics from songs into the mic. We only reported on Day One this time, but this is a nice little growing festival and we hope to expand to both days in future.

Opener Joe Head is a solo acoustic performer singing his own songs with the help of a tape track and using the body of his acoustic guitar for syncopation. Swapping between two mikes to get different vocal effects and using his Cry Baby, he performed a solo version of Zeppelin's 'Whole Lotta Love'. Mostly Folk Rock ,he did enter into a little Rap before the end to mix up things a little. 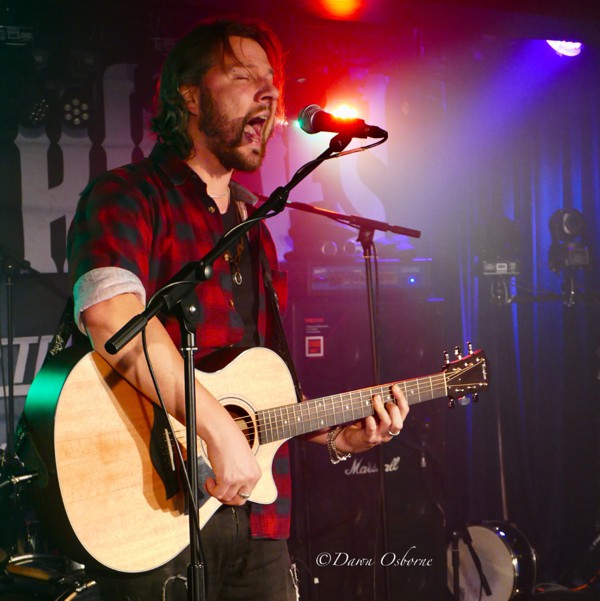 The Soho Dukes are a Steampunk Rock band in top hats and goggles with a Cockney Punk edge. There was cowbell, a little Madness with both a capital and a small M in the mix with the most memorable track being the horror fringed 'Murdertown', and there was definitely a large "Landan town" contingent. Sporting a mike stand with "So Drunk" on the bottom, they clearly do not take themselves too seriously and were entertaining and good to watch. 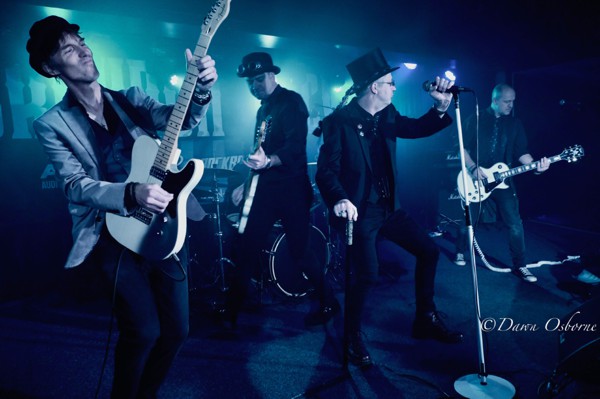 Chasing Dragons are a female fronted, slightly Gothic Rock band from Leeds with a smiley male guitarist, a cool female drummer who really kicks ass and a vocalist with flaming red hair providing screaming Metal vocals and attitude. There was a bit of digga digga influence from Thrash and some military band style drumming, but the eighties falsetto vocals definitely recalled a bit of Nightwish. 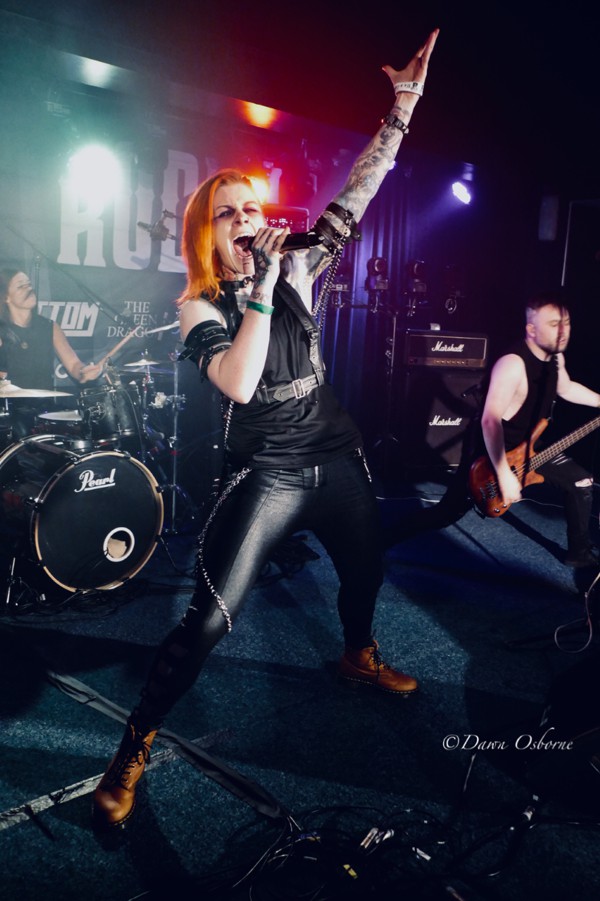 The Spangles are a Punk-influenced band whose lyrics cover topics such as "people who show cock pictures to your merch girl". There was a fifties Rock feel with big sixties Gibson guitars and a bassist who plays like and even resembles Sid Vicious, apart from the skinhead bleached blonde hair. Some tracks were like a rockier Elvis Costello, others had some Beach Boys influence. All were three-minute wonders and the band joked "if you don't like our songs there'll be another along in a minute and a half." 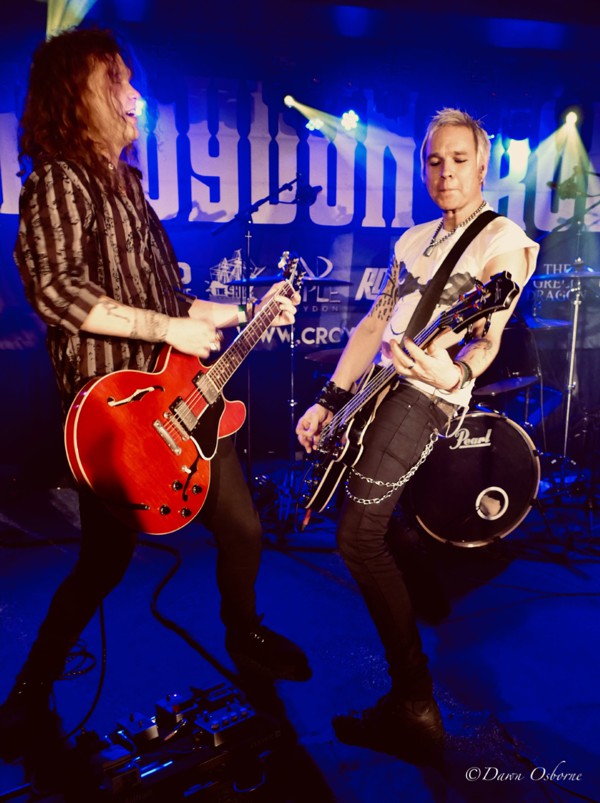 Local band Tenyson filled in last minute for Vambo who could not attend. They provided a kind of Stoner Doom Metal with low vocals, a few proggy influences, a few heavy riffs and an understated stage presence. 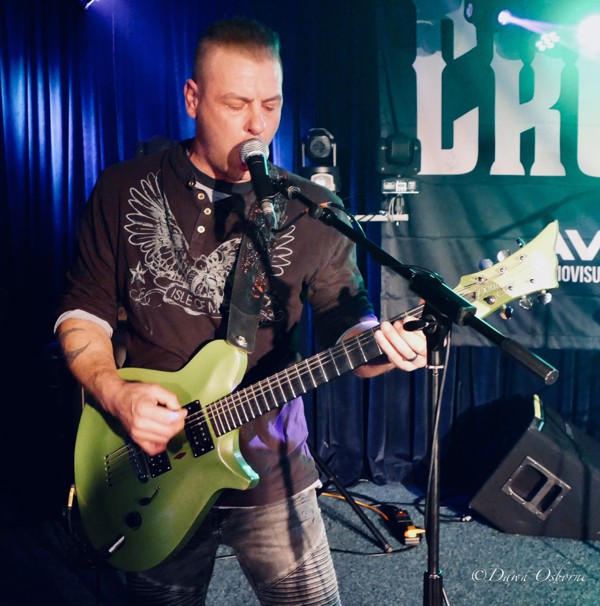 Female fronted Weird Things made a joke about their drummer changing his drum stool every song as he can't get comfortable, suggesting seasoned performers who are not discombobulated by a few technical issues. Their leggy ponytailed vocalist is a bit Siouxsie Sioux if she had settled down and become a South London sexy housewife, and there's definitely a bit of Poly Styrene influence too. Their bassist with a cool painted shirt reminded me of Feargal Sharkey. Songs like 'Dirty Boys' are definitely very "Landan" Punk era. 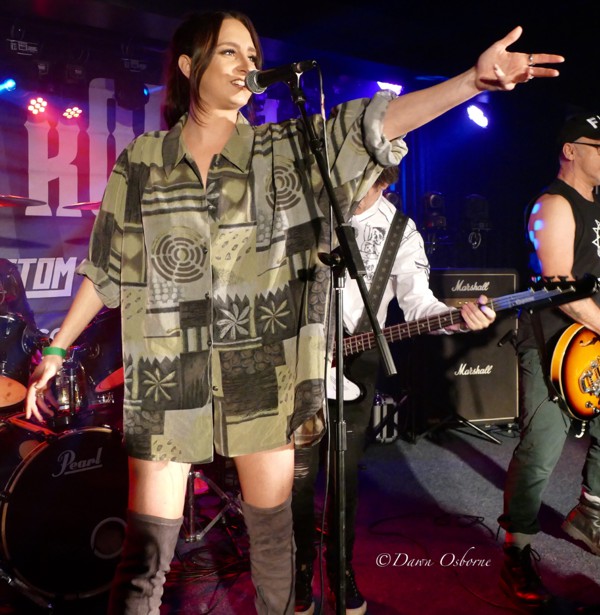 The Fiascos continued the "Landan" influence with the promoter of the festival Richie Hudson taking the stage. They had Sham 69 drummer Robin Guy, who's a star in his own right with all the moves including full tongue out and flipping the bird to photographers.

New single 'Living On Nothing' has a heavier bit in the middle. There was a bit of Punk, a bit of Stray Cats and a bit of Glam Rock all thrown in for good measure with material that might have charted in the late seventies. 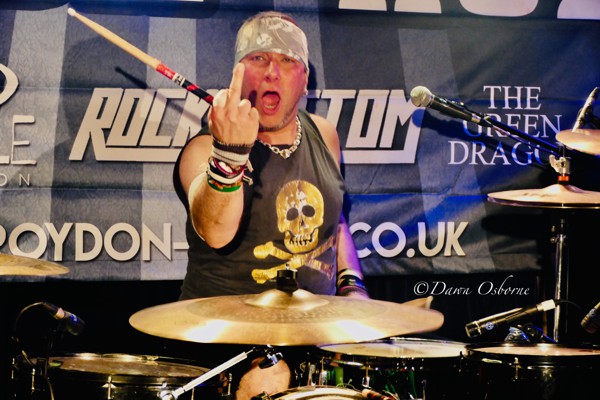 Junkyard kicked off with a Motörhead-influenced version of 'Life Sentence'. There was a Punk energy about the performance, with singer David Roach pacing like an angry tiger, complimented by truly excellent Rock 'n' Roll guitar (despite a few technical problems meaning the famous call "Guitar!" was followed by silence as Jimmy James ran off to change his axe). It was a great performance which was fully appreciated by everybody, including a number of die-hard, cut-off denim wearing fans straining forward to reach Roach's mike to shout along lyrics. Crowd favourites included 'Simple Man' and 'Blooze' and towards the end a block of the excellent songs 'Shot In The Dark', 'All The Time In The World' and 'Hands Off', during which so much sweat ran into Roach's eyes it looked like he was truly emotional on the poignant line "Baby you gave him head!" With Robin Guy joining them on stage to sing the chorus of 'Hollywood' it all went rather well. Sadly, the edge was taken off it when Roach thought he had lost his precious denim cut-off, but happily said colours turned up the next day making the drama short lived. 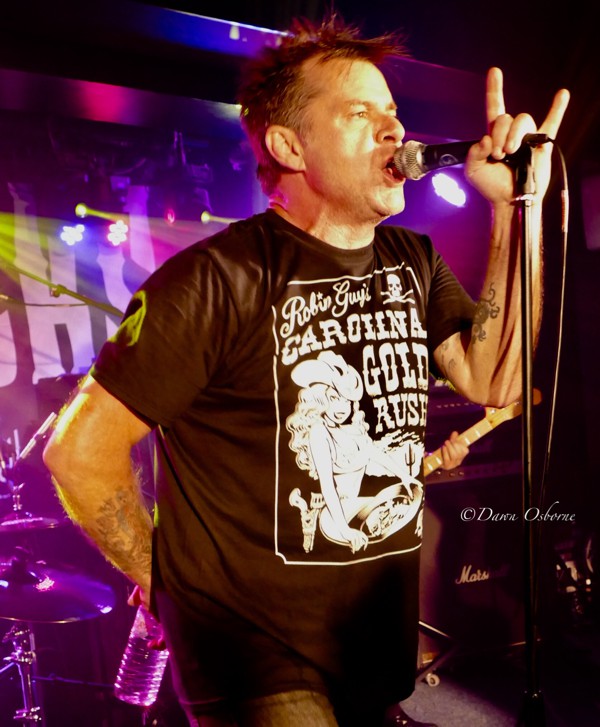 For the first day that left only Jizzy Pearl's Love/Hate, who kicked off with the high energy 'High For An Eye' from the excellent brand new record. Jizzy's distinctive tone was shown to its best with the high chorus of 'Fuel To Run', complimented by its distinctive funky bass line. I barely took notes as I was enjoying myself too much and had to watch Jizzy like a hawk, as he'd grab the pad off me just for fun if he could; I've nearly lost it a couple times that way. Jizzy dedicated one song "to the ladies". It was indeed notable that the entire front row are hot babes, which says something, I think, for how good Jizzy looks for his age, pretty much the same as he did thirty years ago. He commented that he wears the still surviving Hollywood badge, although admits he doesn't remember that time too well. 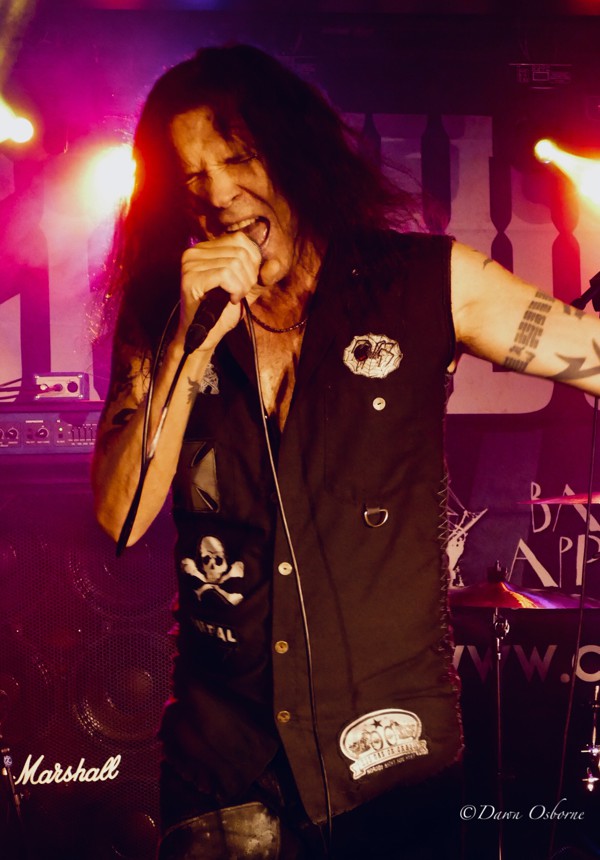 There was a big singalong for 'Don't Fuck With Me', which is by its nature a totally inclusive song. The highlight for me, and now my favourite song, 'You're Gonna Miss Me When I'm Gone' off the new record is a barnstormer, and with huge songs 'She's An Angel', 'Evil Twin' and 'Wasted In America' still to go it truly was an enjoyable gig. 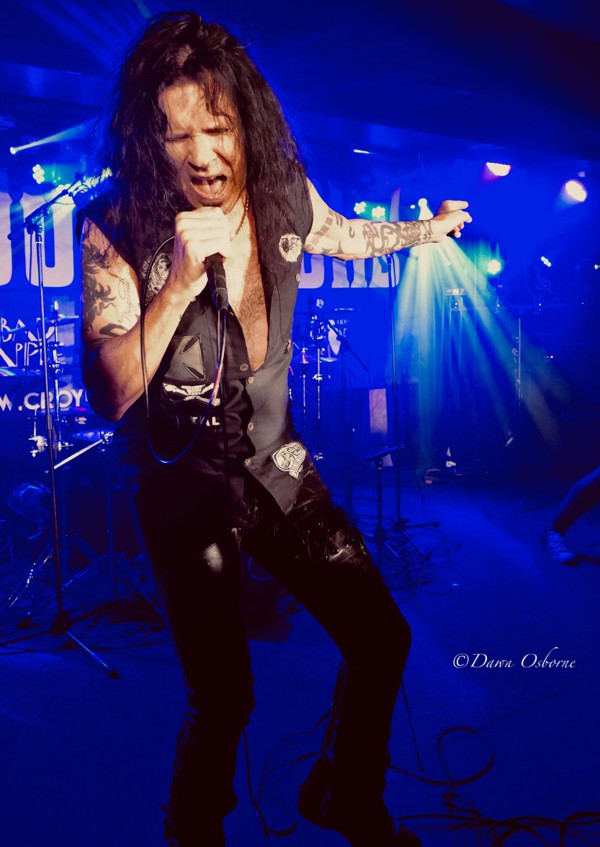 I couldn't help gushing to Jizzy afterwards how much of a good time I had had, and it's testament to the enduring appeal of the band and the evergreen nature of their songs that they can still kill it after so many years.

Unfortunately I could not attend Day 2 this year, but I am looking forward to what Richie can pull out of the bag next year.