Top class support was provided tonight from Dendera, a Power Metal band with something of the grandeur of Maiden. Vocalist Ashley Edison has a hell of a voice with a good thirty-second scream at his disposal. There are Thrash undercurrents, but so much melody to the songs there's enough to keep any Classic Rock fan happy. They have good crowd engagement skills and there was an enthusiastic audience reaction. Like the headliner tonight, they should be seen in larger venues in the UK very soon. 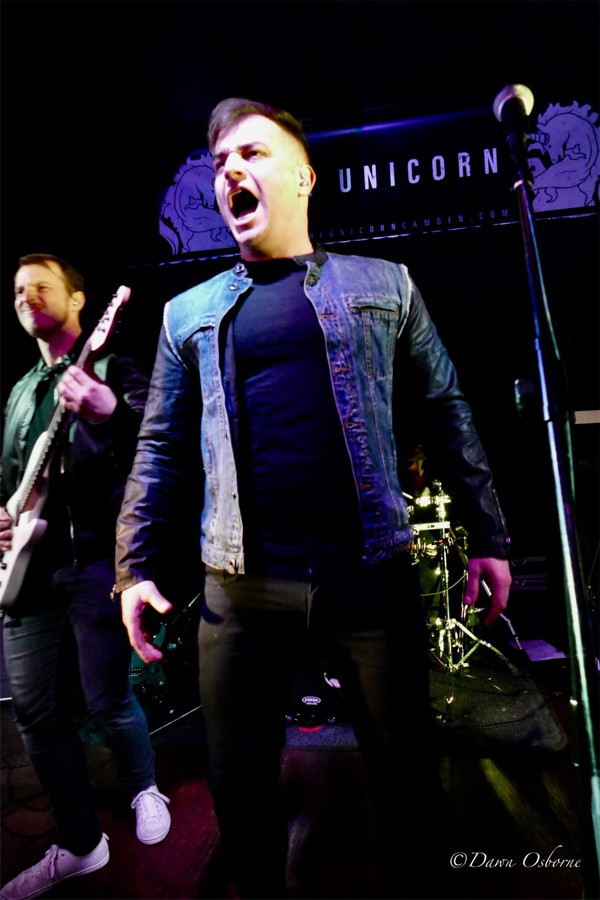 Given that I wilt a little after the fifth or sixth guitar instrumental in a row, Andy James was perhaps not for me. No doubt he can play the guitar and he's a renown guitar teacher, and there were also unsurprisingly a lot of guitarists in the audience who seem appreciative, but Mr James' show is not perhaps for the normal Rock punter that likes to engage with vocals and songs. 'After Midnight', with its slight resemblance to something Gary Moore might do, was a little bit of light to the shade, but Mr James' set was a little samey otherwise for me. 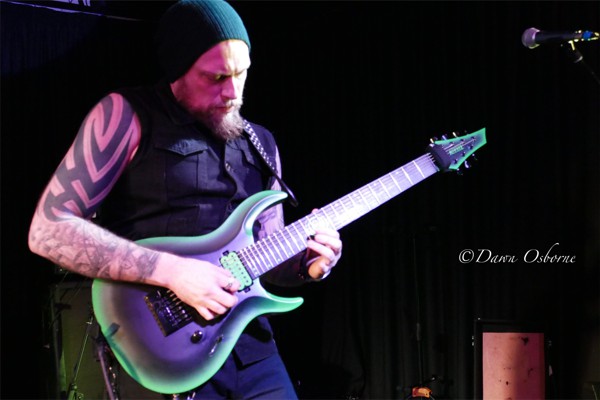 While Gus G's set did have several storming guitar instrumentals, including my favourite 'Thrill Of The Chase' from the new album, he is smart enough to have veteran Dennis Ward on bass and vocals and to deliver fully fledged songs in his show, including singles 'Mr Manson' and 'Letting Go'. They even delivered Metal versions of cover songs 'Cold Sweat' and 'Money For Nothing' for even wider appeal; their version of the Dire Straits classic was much better than the original for me, and their Thin Lizzy cover reminded me what a truly great song 'Cold Sweat' is, such was the quality of delivery.

Personally, there can never be too much freewheeling whammy for me! Gus G is also schooled in what a Rock show should be from his years with Ozzy and Firewind, and this showed in his wardrobe and generally engaging stage presence. I enjoy seeing a guitar player who doesn't look like he's dressed to be waiting at a bus stop, and Gus G, with his long dark tresses and customised vest, looked every part the traditional guitar hero as well as being an amazing player. 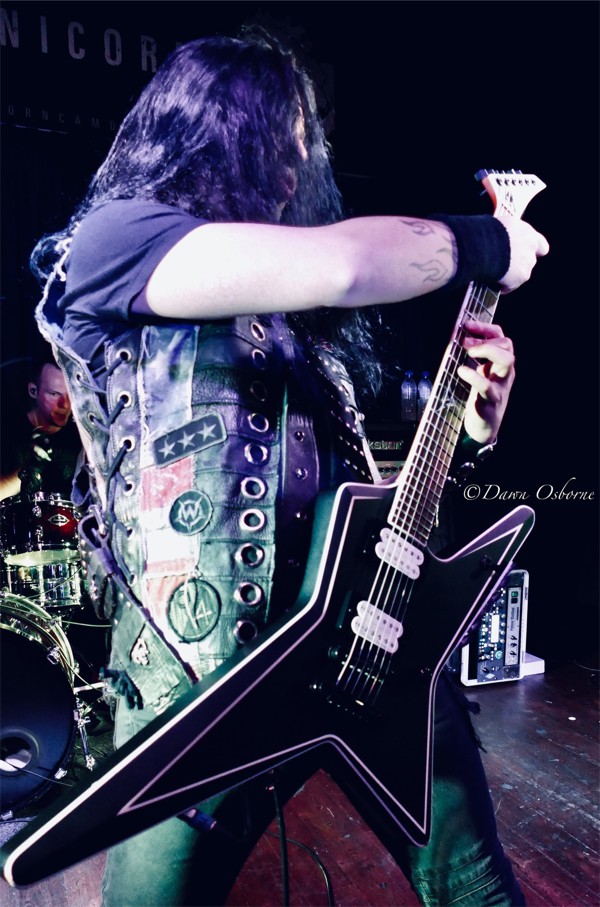 There were some technical difficulties during the show, which may be unsurprising given the last minute change of venue due to a flood and the merch did not arrive until half way through the show due to a late flight case, but it was still a storming show handled like a pro. By the time of signature song 'I Am The Fire' the audience was eating out of his hand and sang so loudly Dennis Ward could take a break. It was also the cue for introduction of a few effects and tricks, including super fast playing behind the head which was technically and visually impressive. 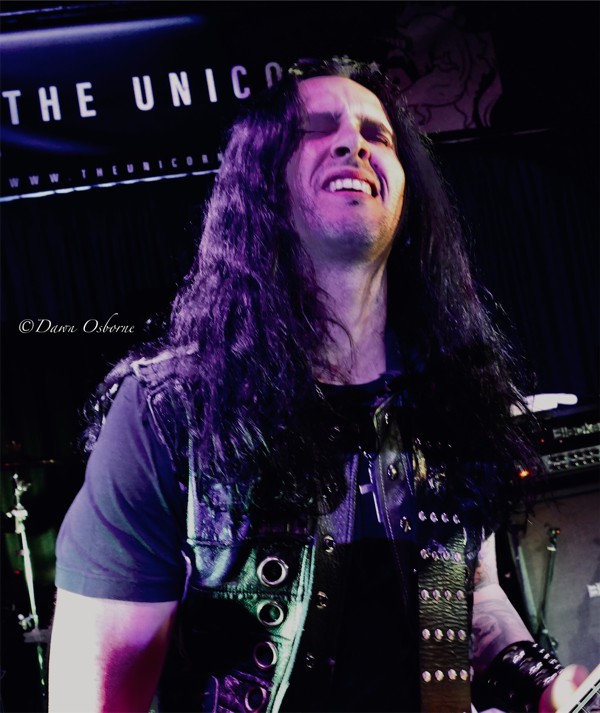 Concluding with the blistering instrumental 'The Quest', Gus G's set was a good balance for me of showing off his guitar prowess while not forgetting that a Rock show needs to be well rounded, just in case not everyone in the audience happens to be a guitarist or a geek. There were indeed plenty of sexy women in the front row, and while I am not saying that they were not guitarists, they were certainly not geeks and they certainly seemed to be having a good time, suggesting Gus G, despite the challenges of this evening, got it right tonight. As with Dendera, I look forward to seeing him in a bigger venue in the UK any time soon.