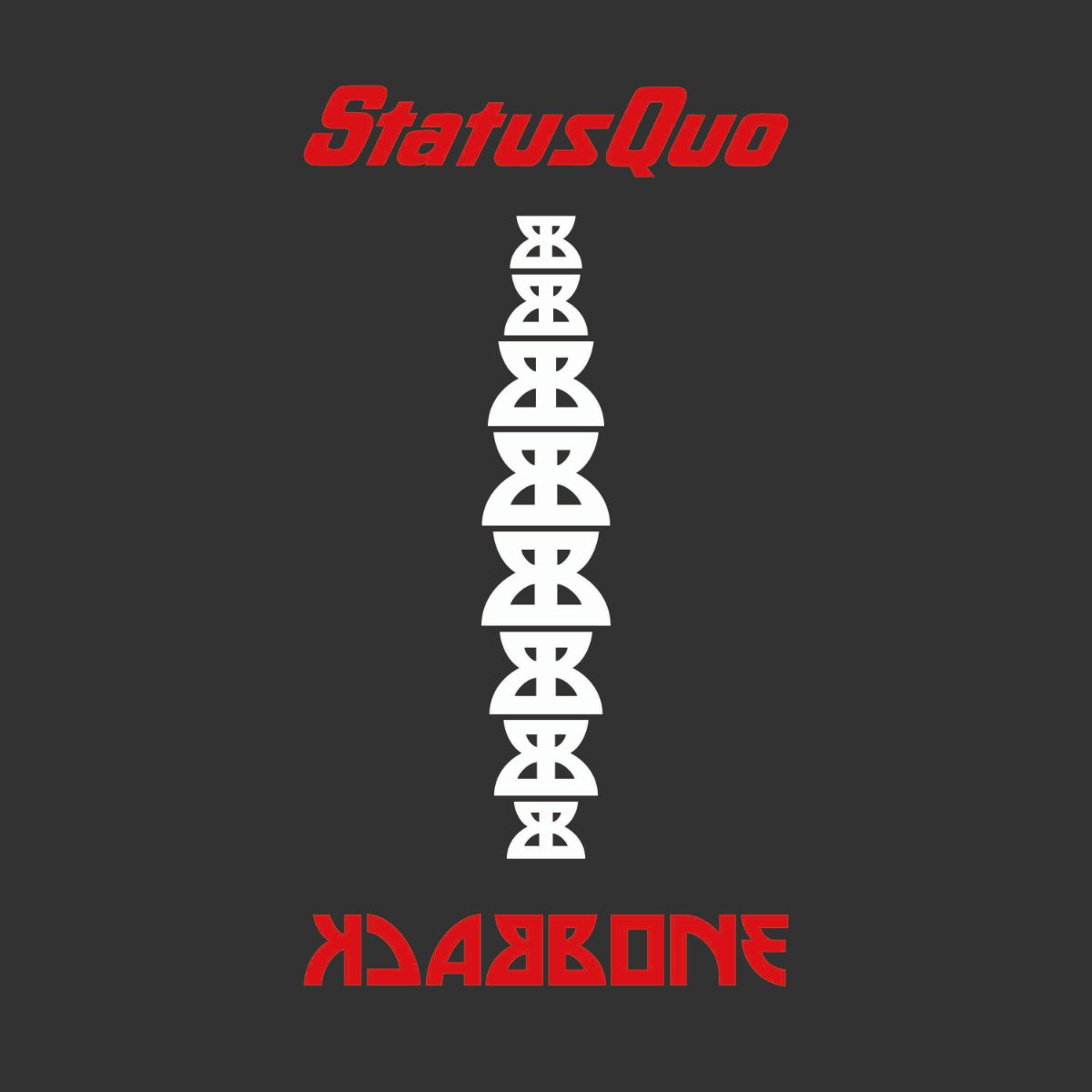 On 6 September 2019, Status Quo will release 'Backbone' through earMUSIC / Edel; the band's 33rd studio album – the LP will be their 33rd 33rpm! As well as the new album the band are also delighted to announce that they will perform at the huge BBC Radio 2 'Festival In A Day' show in Hyde Park on Sunday 15th September 2019.

Some doubters said 'Backbone' was a record that could not be made, but the 2019 line-up of Status Quo has been through a lot, and have chalked up 130 shows as a unit and travelled tens of thousands of miles. This is a group of musicians that is strong, that back each other up and are tighter than ever. 'Backbone' features of a trio songs drawn from the classic partnership of Rossi / Young as well as contributions from all of the rest of the band. This is the record that shows that the creative fires burn as brightly as ever within the group's founder Francis Rossi, despite it being the first Quo album not to feature the late great Rick Parfitt in any way. 'Backbone' is a great Quo album. Simply: it had to be in order for it to see the light of day. Things change, the wheels keep rolling, this is now.

The eleven track album was recorded at Francis' studio in the late months of 2018 and into this year. The sessions were initially just to keep the juices flowing, improvise and have fun. As the hours rolled on, songs stacked up, everyone began to believe that special was happening. And so it proved. Even from within the group, there had been some resistance to creating a new record. As Francis says, "This new material had to be seriously good. Quo have achieved so much and meant so much to too many people for the quality to slip now. Also, let's face it, things have changed and we're an easier target than ever. Losing Rick was hard to bear but, through Richie Malone, who was inspired to pick up a guitar by him, we can not only keep going but actually pick up the pace. The energy that he and Leon bring to Quo can't be underestimated. I wasn't sure I had another album in me but I couldn't be more proud of 'Backbone'. I hope the fans love it, but you can't please everyone and I'm not going to start trying to now".

To have 'Backbone' means to stand firm, to stand up for what you believe in. The title fits. The hundreds of songs recorded by Quo over half a century still resonate today, and the tracks on this album are a worthy addition to that incredible catalogue. A new Quo studio album is a cause for celebration, especially when it kicks like this one. And for the doubters? A 'Backbone' is also a support, a unifying element that keeps things in shape. Underlying this new record are the core desires to keep creating, to be the best and to keep playing: these are the qualities that have kept Quo at the top for so long. 'Backbone' will ensure that Francis Rossi and Quo keep standing proud. And, by naming the album 'Backbone', they're ready for the 'Spinal Tap' headlines too!