Rick Wakeman (last ever UK performance of 'Journey To The Centre Of The Earth') - Royal Festival Hall, London (UK) - 14 July 2019

When we reach certain milestones in our lives, some of us try to turn the clock back and return to days when we were younger and times were less complicated, or more complicated, depending on who you were and what you were doing at the time. Rick Wakeman turned back time with two concerts at the Royal Festival Hall on the Southbank of the Thames, to celebrate his 70th birthday with the rendition of the whole of his work 'Journey To The Centre Of The Earth' for the very last time in the UK. But why this, why here, and why now? Well, back in the good old days of the seventies, when he originally conceived the idea based on the novel by Jules Verne, he decided to do it live, with orchestra, choir and narrator. This was 1974 (January18th to be exact), and the performance was in this very same venue so, as a final farewell, why not do it in exactly the same venue? 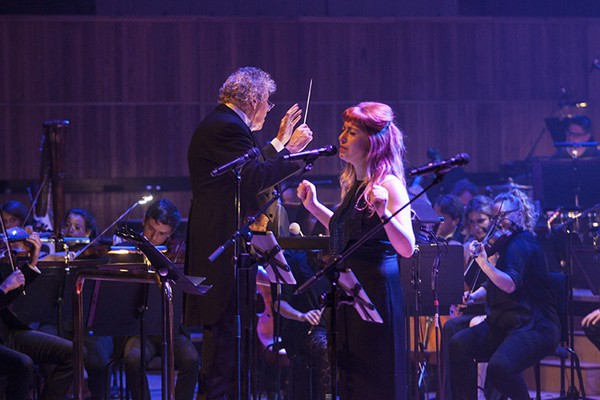 Rick followed The Orion Symphony Orchestra and The English Chamber Choir onto the stage at around 7:35pm, where he first told the audience that England had won the cricket World Cup (got one at last), before explaining that, originally, the work lasted for 36 minutes, but since then, extra parts have been added and this performance would be considerably longer, and resplendent in glittering cape moved to the keyboards to commence the performance. And there were people on stage that were here in 1974, a member of the choir (who Rick has utilised quite often over the years), and two long time friends and members of the English Rock Ensemble, drummer Tony Fernandez and vocalist Ashley Holt. His son, Adam, was almost hidden in a corner at the back, but was there to augment Rick's keyboard parts because, as he said, he couldn't play all the parts, and they were not using backing tapes, everything being played live. Someone else who turned up, to do the narration, was world renowned actor (but somewhat dodgy detective), Robert Powell.

While it would be fair to say that the show was not visually spectacular (bearing in mind that I had seen Kiss only five nights previous), sonically it was absolutely excellent. Things were even more enhanced by the inclusion of female vocalist Hayley Sanderson, and yet another "singer", Rick's mate Alfie Boe. He surprised me as the power of his vocals dramatically lifted the songs he did, taking them to a different level. Both artistes were obviously into what they were doing, with Boe at one point jumping all over the stage like a mountain goat on acid. With the embellishment of the choir and orchestra, conducted by Guy Protheroe (another chap that Rick has known for some time, and the only person, according to Rick, that can understand the mess that he has written), it is the only way that this music should be heard. That in itself was a spectacle, witnessed by an almost sold out (I could count the empty seats on two hands), second performance over the weekend. And Rick, as Paul Stanley had done, came among the audience, but in a less spectacular way, by donning his portable keyboard, climbing up the aisle to walk across the top of the stalls, stand and play for a bit, then return to the stage via the other aisle before duelling with his son, also on portable keyboard. 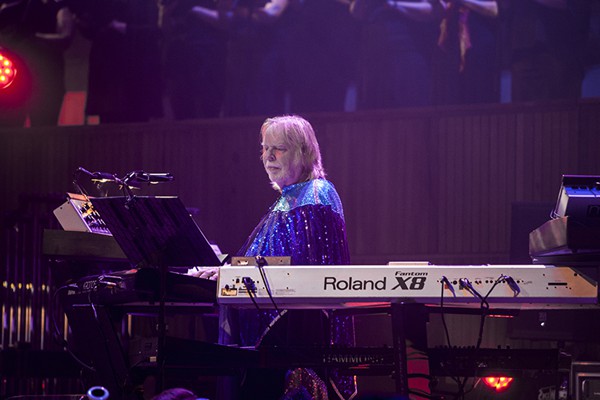 The sad thing is, as time ticks on, all of these things are coming to an end (The Kiss tour was billed as the final one???). We are all getting older, and Rick is no exception, and I would imagine that this sort of thing does get harder, although I would say you wouldn't notice from his immaculately technical performance. For some reason, I started to get a little emotional as I thought about this, as music has this kind of power, and all of these things, that we have grown up with, are coming to an end. It's quite a sad thought, and the reason I came all the way down to London to enjoy it while I could.

Review and photographs by Andy Brailsford 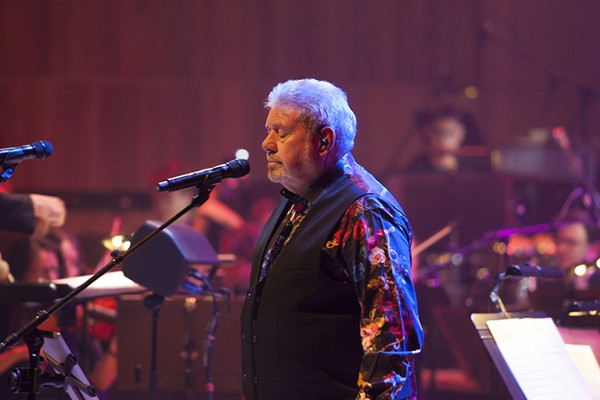 Set list:- Preface To The Journey, The Journey Overture, Journey's Dawn, The Journey, Crystals, The Gothic Cathedral, A Quest For Water, The Hansbach, Fervent Prayer, The Recollection, Lost And Found, Echoes, 4 Miles, The Reunion, A New Vista, A World Within A World, The Raft, The Battle, Cumulus Clouds, The Storm, The Cemetery, Quaternary Man, Mastodons, The Forest, Ages Of Man, The Tunnel, In The Hall Of The Mountain King (Edvard Grieg cover),
Encore: Mount Etna, In The Hall Of The Mountain King 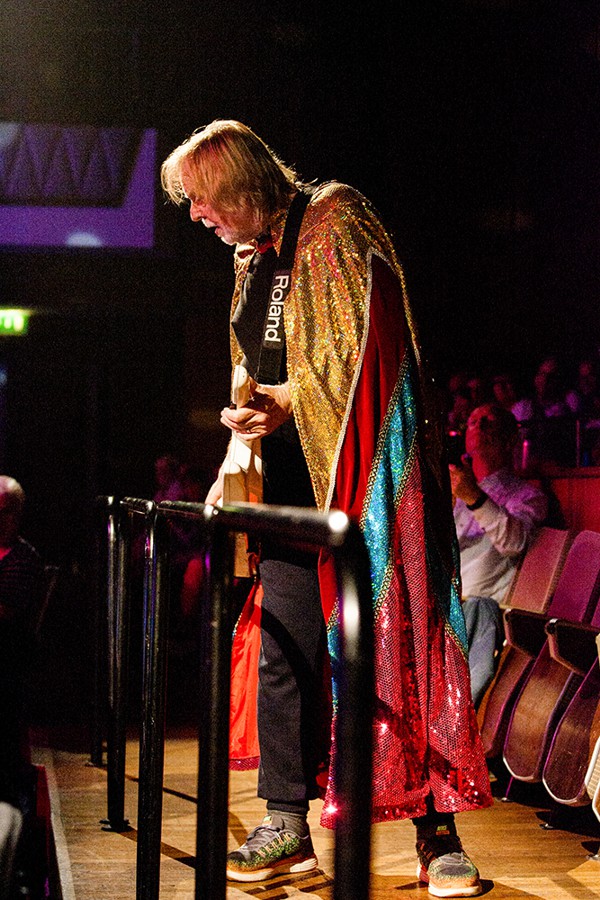