Although he is known the world over as an iconic actor who has appeared in Sci-Fi classic 'Star Trek', 80s cop show 'T.J. Hooker' and comedy 'Boston Legal', William Shatner also has an expansive recording career. His first steps into the world of music came in 1968 with 'The Transformed Man', which resulted in mockery, mostly due to misinterpretation. However, his dramatic, spoken word style has now become as iconic as the roles he has played. Since 2004 he has released a steady stream of star-studded records, with his latest one, 'The Blues', being no exception. Fireworks were delighted to have chance to hear from the man himself. 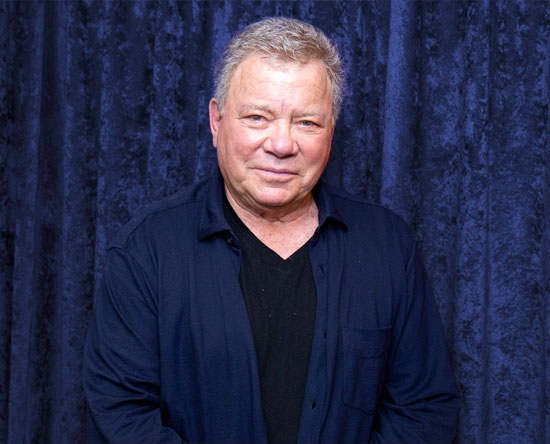 Back in Fireworks #85, William Shatner's 'Seeking Major Tom' record was highlighted in The Curiosity Shop feature. It was noted in that article that when he set out to make his first album, 'The Transformed Man', Shatner's aim was to take different pieces of work from plays and books, set them to music and enact them, in order to convey the opposing sides of varying human emotions. In a couple of cases he made selections from contemporary music, choosing to put his stamp on The Beatles' 'Lucy In The Sky With Diamonds' and Bob Dylan's 'Mr. Tambourine Man'. However, when 'Mr. Tambourine Man' was played on the radio without its opposing piece and without any context, people with no idea why he had chosen to cover the song in that style immediately began mocking it as if some deranged thespian had delusions of Pop star grandeur, missing the point entirely. The actor is absolutely delighted with the observation.

"Thank you for saying that, I feel like somebody has discovered me!" he laughs. "That's exactly right! The concept was to take great pieces of literature with music behind it and have it segue into a piece of music which had the opposite feeling or philosophy. For example, I took Hamlet's 'To be or not to be...' and had it segue into 'It Was A Very Good Year', a song that was popular during that time, to demonstrate the opposing view of how important it is to live life. The contrast was 'should I die or should I live', that's what I had in mind. For the same reason, I took the theme from Cyrano De Bergerac with the 'I may climb perhaps to no great heights, but I will climb alone' section, which segues into 'Mr Tambourine Man', which is a drug song all about how you can't live alone. So the two pieces are there to stand in contrast, but the problem was between the first piece and the second piece, it was over six minutes. Radio would only really play three minutes, so they took the second cut and that's all people heard."

It would be fair to assume that those wide misconceptions put Shatner off from returning to a recording studio for a while, but when he did come back literally decades later in 2004 with the superb 'Has Been' record, he returned with a vengeance. Shatner told Newsweek "The album 'The Transformed Man' is much more extensive than that song. But since people only heard that song, I went along with the joke." He achieved this with a tongue-in-cheek cover of Pulp's 'Common People', which was warmly received, alongside a series of excellent original pieces covering a gamut of emotions. From there, he has continued to cover famous songs and set his own words to music with great success. His latest effort sees him tackling the Blues as a genre. It seems reasonable to ask if he was a fan of the Blues initially.

"Yes, unbeknownst to me, because as many of us know, I later learned that from the Blues came Jazz, Rock N' Roll and these other musical forms. Until I graduated from University I had never left Montreal. When I came to the States I didn't know very much about the Blues, so when I had the opportunity to do this Blues album, I asked friends of mine who had other friends, actual Blues musicians, to help educate me. I read a lot of books, talked to a lot of people and even at one point, I had a great Jazz musician in my office to talk about the origins of the Blues," he says, referring to Arthur Adams, who actually performs on the version of 'As The Years Go Passing By'.

"He was about 75 years old and he said he had picked cotton and sang Blues songs as a kid," Shatner continues. "I said 'Show me', so he mimed picking cotton, putting it into an imaginary bag and singing a song to alleviate the heat and the menial work. I gradually educated myself and then, in conjunction with musicians, I collected a number of Blues songs which I thought would be appropriate."

While Shatner's style is synonymous with his dramatic, spoken word approach, when it comes to covering songs as well known as 'Sweet Home Chicago', 'Lets Work Together' or 'Born Under A Bad Sign', surely it must be a challenge to not subconsciously start following the original melody line?

"Well, that's very observant of you, I certainly experienced that with the B.B. King song 'The Thrill Is Gone'," he acknowledges. "I laid down my track and then I realized I was trying to imitate B.B. King. That was one of the first songs I did, so I went back and I did it again, trying to remember the origins of what I do – which is find the kernel of truth – why was the song written in the first place? Then I try to go toward that meaning. So I re-recorded it and found it was much more to my satisfaction, rather than following B.B. King's concept."

'The Thrill Is Gone' is augmented by the unmistakable guitar playing of Ritchie Blackmore, one of a plethora of great guest musicians taking part, like Sonny Landreth, James Burton, Pat Travers and Albert Lee, just to name a few. Shatner's last few albums have had a sprawling collection of legends appearing, and he is extremely humble when asked if he has a hand in who comes to play on the records.

"A perfect example is Ritchie Blackmore and his wife Candice, they appeared on one of my other records and as I've been working on a new album," he states, "we were in contact with one another and he wanted to play on that one too! I was so flattered and it's that honour, that compliment that these great musicians, who are virtuoso players and artists, unique in this world, are wanting to be in the same room or on the same record as me. I'm complimented beyond description."

There is a track at the end of the Blues record called 'Secrets And Sins' which turns out to be a Shatner original, the composition of which paved the way for the next album in the pipeline that he just mentioned.

"In the last several months I worked with two friends of mine. One is a lyricist and unbelievably talented poet and the other is a musician. We started working by means of Zoom and telephone and all those modern means of conveyance available. The poet is in New York City, the musician is in upstate New York and I'm in Los Angeles, but with this technology we connected and have fashioned a lovely album, which is autobiographical. I will tell a story from my life to the lyricist who will put it into words, I lay down my track and then send it to the musician who orchestrates them. Once they're ready, we send them to great musicians like Ritchie, who then lays down a guitar track to accompany me. So we've made a wonderful album in this pandemic, using modern communication means."

Shatner's original tracks always have excellent wording, so when it comes to choosing a song to cover, it seems fair to assume he's always on the lookout for a lyric which resonates with him and that he feels he can truly interpret.

"Yes, that's exactly right. I need to have a strong lyric in order to do what I do and trying to find the drama of a song is the reason I pick a song in the first place. Hysterically, years ago, I was asked to appear at the MTV Music Awards," he says, referring to his appearance in 1992. "I was asked to perform all five of the popular numbers that were being considered for the Best Song From A Movie award. That was the year one of the songs was 'I Wanna Sex You Up'! So the only instruments they gave me were a guy on a xylophone and a guy on bongo drums. Obviously it was meant to be amusing, and I guess it was, because there I was, accompanied by just those two instruments, singing 'I Wanna Sex You Up'!" He chuckles at the memory. "I've not fallen into that trap since then. With this album I tried to choose songs with lyrics that have real character to them!"

William Shatner's 'The Blues' is out now on Cleopatra Records. Click HERE to read the Rocktopia album review. 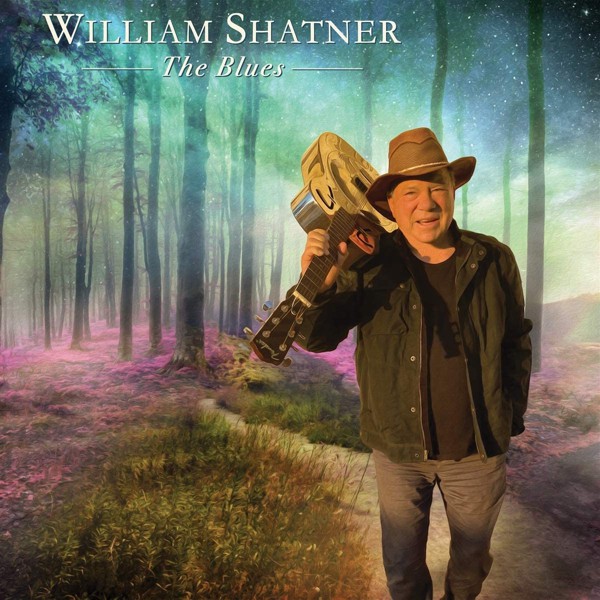