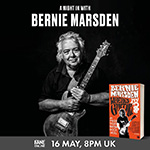 Fane (www.fane.co.uk) is hosting a live event to mark the paperback publication of 'Where's My Guitar' by Bernie Marsden.

Fane which is a live and online production company is providing a 'Stream and Book package' which includes a ticket to the stream of the event (subtitled 'A Night In With Bernie Marsden') and a copy of 'Where's My Guitar'. There is also a 'Stream Only' option which will appeal to those who already have the hardback version of the book. At the event, Bernie will share the inside story of British rock and roll, along with some mesmerising moments from his career including encounters with the likes of Ringo Starr, Elton John, Ozzy Osbourne and B.B. King.

The event will initially be broadcast on 16 May 2021 at 8pm UK time. It will be available to view up to a week after the event has ended and can be accessed worldwide. If you live in a time zone that does not suit the initial broadcast time, you can watch it at any point after the initial showing for one week.

Bernie Marsden is a rock and blues guitarist born in Buckingham, England. A professional musician since 1972, he is primarily known for his work with Whitesnake having written or co-written many of the group's hit songs, most notably the USA number one "Here I Go Again". Bernie is also renowned as one of the greatest rock and blues guitarists of all time.

Full details of the event and links to purchase tickets can be found at www.Fane.co.uk/Bernie-Marsden 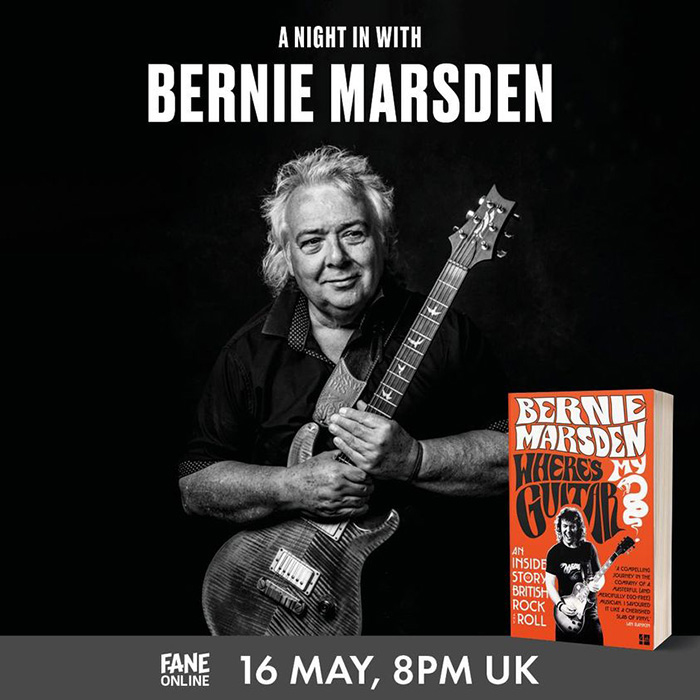