Prior to his London gig in November and confident his virtuoso performance would once again blow my mind away, I arranged my family visit trip to coincide with his show in Madrid, to get another well-needed fix of adrenaline. The Mr. Big guitarist is now a regular of the European touring circuit and always enthusiastically welcomed by his enduring fans. On this tour Paul surprised us by doing more covers than usual but still incorporated some of his superb material, be it solo or the already-mentioned and ever mighty Mr Big, the highly acclaimed and respected Racer X or his commendable most recent project with Freddie Nelson, one that materialised in the record 'United States Of Mind'.

If his last three solo albums are all instrumental (and how extraordinary they are!), on this tour, perhaps more than in any other recent one, a larger number of vocal songs were brought to life. The difference lay in the fact that, on this occasion Gilbert alternated mic duties with the accomplished voice of the new addition to the band, fellow guitarist Tony Spinner of Toto fame. Jeff Bowders was, as in recent tours, the monster behind the drum kit and Gregg Martini, who also accompanied the guitarist on the last tour, took immaculate care of the bass parts whilst this time around Paul's wife Emi stayed at home with the keyboards to let the boys endure the road.

The fantastic set saw instrumental masterpieces such as 'Fuzz Universe', 'Olympic', 'Batter Up' and 'Propeller' from his spectacular most recent album 'Fuzz Universe' and 'The Rhino', 'Norwegian Cowbell' and 'Paul Vs Godzilla' from its beast of a predecessor, 'Silence Followed By A Deafening Roar', combined with his already classic vocal track, the rocking 'Down To Mexico' from his 1998 album 'Flying Dog', which Spinner recorded, and 'The Last Rock And Roll Star' and 'I'm Not Addicted' from the 'United States' album. The eagerly awaited Mr Big tune 'Green -Tinted Sixties Mind' and the Racer X immortal and technically outstanding 'Scarified' and 'Technical Difficulties' also made it into the set and were perhaps the ones that obtained the fiercest reception. To spice things up and maximise the vocal abilities of Spinner, a high number of covers such as 'Rock Me Baby' by Robin Trower, 'Roundabout' from Yes, 'Light My Fire' by The Doors (a track I would certainly take off due to my personal disliking of this band, but one that was well accepted by my countrymen), 'I Want To Be Loved' by Muddy Waters, 'Little Wing' by Hendrix and the evening's surprise closer 'Go Down' by AC/DC. In my opinion, too many covers considering the number of amazing solo tracks he holds in his long-standing and outstanding discography, but all brilliantly executed in Gilbertised excellence.

All in all, two hours of intense music and extraordinary musicianship from a small stage in a male-dominated and packed venue made quality lovers delighted. 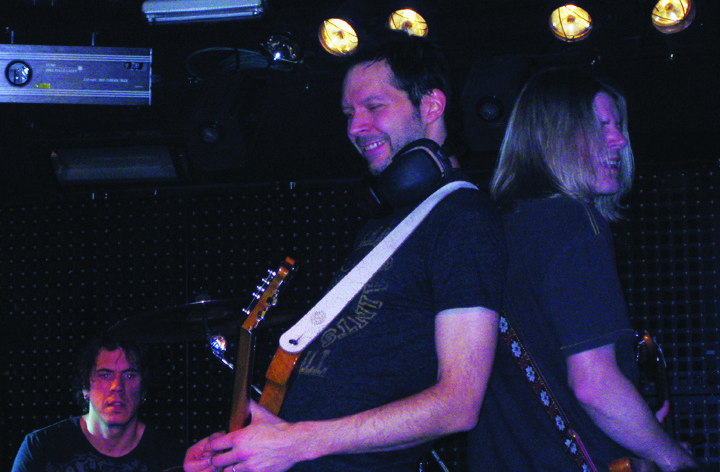