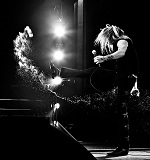 Legendary rock vocalist Sebastian Bach is currently working on the upcoming release of a brand new DVD/live CD package: ABachalypse Now is scheduled for release in Spring, 2013 via Frontiers Records. The DVD/CD includes never-before-seen footage from this year’s GrasPop Festival in Belgium, the full never-before-seen Hellfest set from France and the fully-remixed and remastered Club Nokia show from Los Angeles (originally broadcast on AXS TV). The exact track listing and table of contents is forthcoming. Bach commented, “I am so excited for all of you to witness and experience ABachalypse Now. We have included three recent concerts and the footage is totally kickass! It’s remixed and remastered for full audio and video quality. The performances and energy of the crowds are killer throughout the DVD and you really feel like you are at the shows. Prepare yourselves for the coming ABachalypse – now!”
Sebastian Bach’s latest album, KICKING & SCREAMING, was produced by Bob Marlette (Black Sabbath, Shinedown, Atreyu, Filter) and debuted in the Top 75 of the Billboard Top 200 Album chart and received rave reviews from critics and fans alike. Outburn declared, “Sebastian Bach delivers a balls out gang of mountainous hooks, titanic grooves and straight down the middle hard rock”, while Revolver avowed, “Bach’s voice is in particularly fine form on KICKING & SCREAMING, boasting more color and range than most…” Bach was recently named one of the 100 greatest living rock stars by Revolver.
Sebastian Bach has sold in excess of 20 million records worldwide as lead singer with his former band, Skid Row and as a solo artist. Far from just being a multi-platinum recording artist, the singer/songwriter/actor/entertainer has expanded his career over the past decade to include episodic television with a 5-season recurring role on the CW’s hit series “Gilmore Girls”, starring roles on Broadway (“Jekyll & Hyde”, “The Rocky Horror Picture Show”) and national touring companies (“Jesus Chris Superstar”), and has appeared regularly on MTV and VH1.
Bach on the web:
www.sebastianbach.com
www.facebook.com/sebastianbach
www.twitter.com/sebastianbach
www.reverbnation.com/sebastianbach
www.frontiers.it 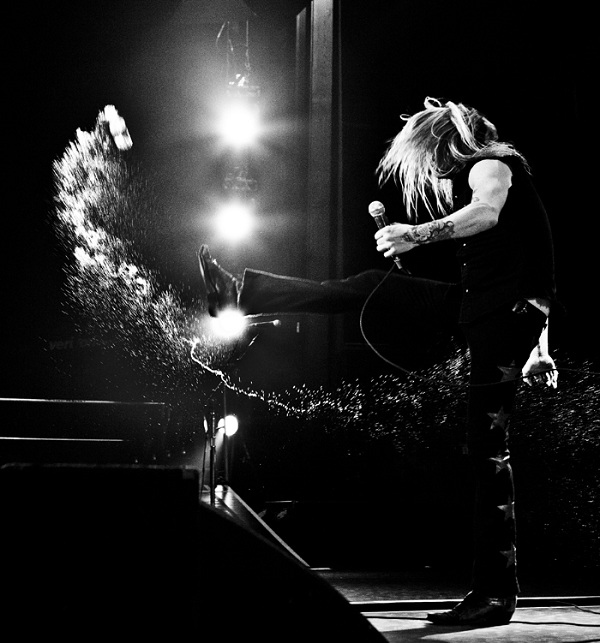