Formidable South Welsh quintet ‘When We Were Wolves’ hurl out their enthralling debut record ‘The More Things Change, The More We Stay The Same’ on 14th January 2013.
When We Were Wolves have fashioned a brand of post-hardcore that will blast its way through your skull, pull at your heartstrings, and truly make you think, all in one sitting. Displaying a passionate approach to song-writing united with meaningful lyrical content, rhythmic hooks, and tactfully layered, pristinely melodic and aggressively raw vocals, the band are destined for national recognition in 2013.
Since their incarnation in July 2011, post-hardcore quintet When We Were Wolves have spent the last eighteen months cutting their teeth and establishing their place within the music scene in their home region of South Wales. Hailing from the town of Bridgend and with no other prior recorded material to date, When We Were Wolves have built a loyal fan-base purely on their impressive live performances. By relentlessly touring throughout England & Wales, the irrepressible five-some have engaged audiences of all ages. Their unbridled determination to deliver a ferocious, dynamic live performance at every show has earned them a growing reputation, and in turn, has led the band to share stages with the likes of Bury Tomorrow, Exit Ten, Pay No Respect, Martyr Defiled and Carcer City.
Now with the release of their debut EP ‘The More Things Change, The More We Stay The Same’ the band are prised to elevate themselves to a national level. From the eerie atmospheric and emotive ‘All Good People Must Come To An End’, to the undeniably powerful and contagious ‘Under The Water’, and from the gut-wrenching shout outs of ‘This Is Where We Belong’, it’s abundantly clear that the band mean every single note, beat, and word that they produce. The record continues in stellar form with the stompingly dynamic ‘Your Sick Fantasy’ before climatically closing with the breathtaking ‘Hounds’, which features Phil Cross teaming up with the band on vocals. Aided with the national release of the EP and with a multitude of touring planned for the rest of this year and into 2013, When We Were Wolves will soar.
www.facebook.com/whenwewerewolves1
twitter.com/#!/W4_Official
We are also pleased to announce the debut release of the spanking new video entitled 'Hounds' and featuring Phil Cross, the video is taken from the band's breathtaking debut EP 'The more things change, we more we stay the same', which is out in stores on 2013. Hit up the video at http://www.youtube.com/watch?v=rcAn_uS4PVQ&list=ul 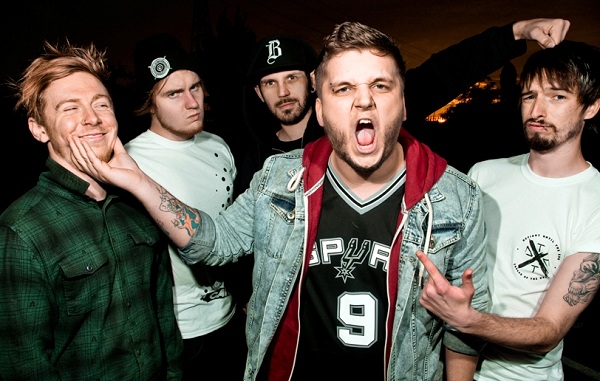