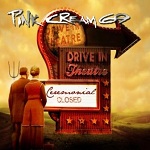 Frontiers Records is excited to announce the release of PINK CREAM 69’s newest studio album “Ceremonial” on January 25th in Europe and January 22nd in North America.
Six years after the critically praised “In10sity” album, the German based band delivers another slice of great Arena Hard Rock ! Hot on heels after a successful German tour with HELLOWEEN and STRATOVARIUS, “Ceremonial” is PC69’s second studio effort for Frontiers Records and also the first album with their new drummer Chris Schmidt. This new album is possibly the freshest and most diverse PINK CREAM 69 album to date. Recorded partially at Hofa Studios and mixed at Dennis Ward’s private studio - The TrakShak - the band really made the best of their time. “The songs had to be 100% ready and we took all the necessary time”, states bass player and producer Dennis Ward. “This gaves us the possibility to experiment and to achieve the best possible result.” And indeed, the explosive, energetic opening track “Land Of Confusion”, the contemporary rocking “Wasted Years”, the biographic “I Came To Rock” the heavily 90s-influenced “Find Your Soul” or the soulful “Passage” are all new, bright and shining diamonds in a discography full of highlights and hits.
“We deliberately called the album “Ceremonial” because we feel it’s kind of a celebration of music styles we all grew up with, regardless of what PC69 has done in the past”, continues Ward.
“There were various projects that I was involved in over the last couple of years”, adds singer David Readman. “But the work on “Ceremonial” felt like coming home. A real relief.” Nothing more to add.
“Ceremonial” includes the following new songs:
Land of Confusion; Wasted Years; Special; Find Your Soul; The Tide; Big Machine; Let the Thunder Roll; Right or Wrong; Passage of Time; I Came to Rock; King for One Day; Superman.
Samples from a few album songs can be heard below :
{qtubevid:=A8uRAM7uR60}
The first single off the album: “Special”, can be exclusively listened in streaming on the Frontiers Records webradio. Tune in at www.frontiers.it/webradio
PINK CREAM 69
David Readman – vocals
Alfred Koffler – guitars
Uwe Reitenauer – guitars
Dennis Ward – bass
Chris Schmidt – drums 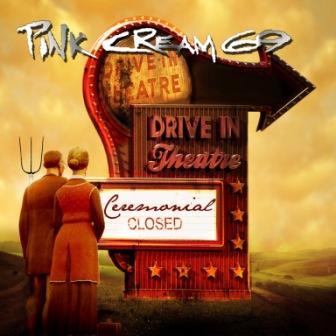