This annual German and Austrian rock touring show is a collaboration between some amazing musicians and the Bohemian Symphony Orchestra of Prague. The band, led by Mat Sinner, includes such well-known performers as Alex Beyrodt, Oliver Hartmann, Jimmy Kresic and Randy Black plus a breathtaking background-choir consisting of Amanda Somerville, Tiffany Kirkland and Kolinda Brozovic, along with Ralf Scheepers and Sascha Krebs. The strong lead vocal team of Paul Rodgers, Eric Bazilian (The Hooters), Steve Augeri, Chris Thompson (Manfred Mann) and Bonnie Tyler was unfortunately reduced by the illness of the latter, who was thus unable to appear, but Mat promised us a suitable replacement set.

The orchestra started to play the first few notes of 'Child's Anthem' and while the sound was clear, it seemed somewhat muted. However the lightshow created a unique mood emphasising the aesthetic idea of Rock meets Classic.

Chris Thompson opened with 'For You' and immediately engaged with the audience. Completing his set with 'Davy's On The Road Again' and 'Questions', he ceded the stage to Steve Augeri – the artist I was looking forward to the most. However whilst performing 'Separate Ways', I was shocked about the condition of his formerly breathtaking voice. It sounded like he had a bad cold, singing shakily, barely audibly and often failing to hit the right notes. 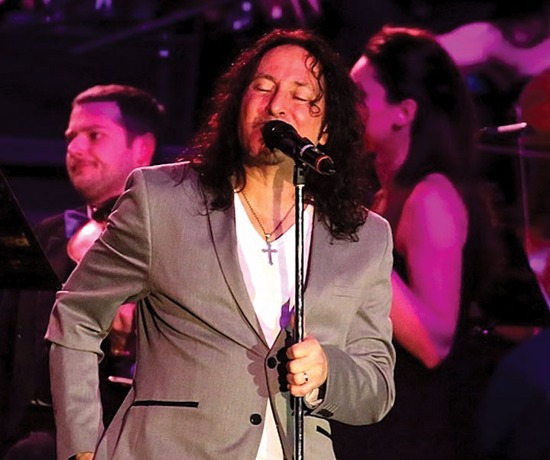 By contrast, Eric Bazilian was mind-blowing. What a man, what a voice, what charisma! It was Eric who succeeded in raising the audience from their seats to cheer and dance, even those more reserved attendees in their formal wear! Classic songs like 'All You Zombies' and '500 Miles' were introduced in a mangled, but sincere and heart-felt German — Eric Bazillian was one of us. And speaking of 'One Of Us', this was probably the highlight of the evening, with Eric even re-writing the last chorus into humorous German, before finishing his set with 'Johnny B' and leaving the stage to a standing ovation.
After a short break, Chris Thompson appeared for the second time and gave us phenomenal versions of 'The Voice' and 'Mighty Quinn', the latter recently popularised by Gotthard, of course, and causing the audience to explode with joy.

Mat Sinner then announced the replacement for Bonnie Tyler's set, with two of her songs being performed by members of the backing choir. First up was the wonderful Amanda Somerville singing 'Total Eclipse Of The Heart'. Her powerful voice took us on a five minute journey that was nothing short of breath-taking, and if Bonnie heard this, she must have either been immensely proud or jealous as hell! Already known for performing with Avantasia and Michael Kiske, as well as her own band Trillium, I'm sure her future career will go stratospheric! After this, Tiffany Kirkland and Kolinda Brozovic gave us their interpretation of 'Holding Out For A Hero' which, once again, gave me goose-bumps!

Finally it was the turn of the one and only Paul Rodgers, his mic stand buckling under his acrobatic handling during opening number 'Can't Get Enough'. With 'Feel Like Makin' Love' he proved that artists from the 70s and 80s can definitely hold onto their abilities, refusing to let the advancing years curtail his youthful exuberance. Totally amazing, and other bands should take a leaf out of his book! Following 'Shooting Star' and a brilliant rendition of 'Rock N' Roll Fantasy', all the vocalists and band members returned on stage for 'All Right Now' and the show transformed into one big happy party, before 'Wishing Well' finished the night on a highly appropriate note. 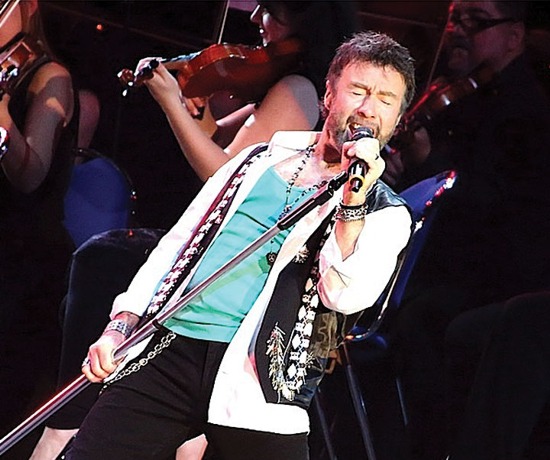 While driving back home through a heavy snow-storm, I kept on singing 'One Of Us' in my mind and prayed the old man had an eye on me, while being very thankful that I had the chance to be a part of that night!