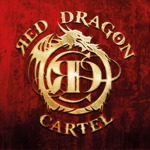 “Jake E Lee is back after two decades away from the music scene with a brand new band and frankly brilliant album that fuses the past and present very well indeed. Featuring the elements that made his eras with Ozzy and the legendary Badlands so special, as well healthy evidence that his style has progressed, the songs here are to be savoured as something pretty damn special. Opener ‘Deceiver’ is a brilliant slice of classic hard rock, and Jake’s signature guitar style is all over it... UK - based vocalist DJ Smith is an amazing find, his voice being raw at points and like Ozzy at others. There’s hard rock, blues, metal, a little alternative and more, all held together by splendid songwriting and Jake E Lee’s scorching guitar work. Welcome back Jake. A lot of us have missed you. 8/10”

Click HERE to read Rocktopia's review of the album.

Legendary former Ozzy Osbourne and Badlands guitarist Jake E Lee has lined up a June UK tour for his new band Red Dragon Cartel, in the wake of rave reviews of the group’s awesome self-titled debut album, released at the end of January on Frontiers. Syron Vanes and Jupiter Falls have been confirmed as with special guests on all the club dates, except Buckley, where only Jupiter Falls will perform. Don’t miss the chance to catch Jake’s first British gigs in two decades when Red Dragon play the following shows ...

ROCKTOPIA will feature an exclusive interview as well as a competition to win one of 5 pairs of tickets to the show of your choice! More news soon ...

Jake E Lee, an early member of Sunset-Strip mainstays Ratt and Rough Cutt, was catapulted to prominence when he was recruited as Ozzy Osbourne’s full-time guitarist in 1982. He co-wrote and performed on Ozzy’s multi-platinum 1984 ‘Bark At The Moon’ and 1986 ‘The Ultimate Sin’ albums, and toured the world’s arenas several times over before parting company with Ozzy in 1987.

Jake then formed acclaimed blues-based hard rock band Badlands, who signed to Atlantic Records and released the band’s debut ‘Badlands’ album in 1989, and the follow-up, ‘Voodoo Highway’ in 1991. But after the death of Badlands vocalist Ray Gillen from AIDS related complications in 1993, Jake dropped right out of sight of the rock and metal community for nearly 20 years. “I quit and indulged my other interest, in old cars, and later on got into computers – taking them apart, rebuilding and hot-rodding them” he told Classic Rock in the magazine’s February 2014 issue.

Late in 2011, Jake was approached by Beggars and Thieves bassist Ronnie Mancuso, who recalls “I asked Jake to appear in a music video Beggars & Thieves was doing called ‘We Come Undone’,” he remembers. “I was shocked he agreed. When it premiered, there was this outpouring of love for him. Everybody wanted new music. That’s when the idea of playing together was born.” Mancuso shares Hideout studios with producer Kevin Churko [Five Finger Death Punch, Ozzy Osbourne], and the proverbial wheels began turning. Mancuso proposed that the two start a “project” produced by them and executive produced by Churko. Luckily, Lee, who had never stopped writing music, had hundreds of riffs and ideas already recorded.

The duo immediately went to work constructing the framework of the album. Around the same time, Mancuso created a Facebook page titled “Jake E. Lee Needs a Lead Singer and Drummer”. After one post, they received thousands of entries. Two Canadian musicians, singer D.J. Smith and drummer Jonas Fairley, instantly stood out. “They’re very unique,” says Mancuso. “Both of them added their stamp to the record. As we kept going, it became more and more of a band.”

They chose the name Red Dragon Cartel as a nod to Lee’s Japanese heritage and the “gang” mentality of a unit who would die for each other. These four musicians also cultivated a focused, fresh, and fiery hard rock sound that embraced the lead guitarist’s classic style, while emitting a new kind of spark on their self-titled debut for Frontiers Records. “It’s not like we stopped listening to music for the past two decades,” chuckles Mancuso. “Those modern influences certainly pop up. At the same time, there are some inimitable elements to Jake’s playing; you know it’s him.” 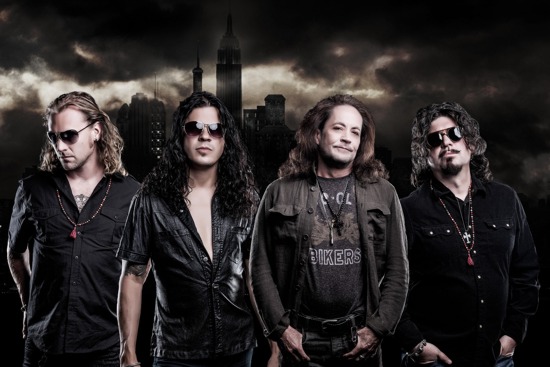