Rising female-fronted Brit metal crew ‘Zoltar Speaks’ have just released their explosive debut album ‘Save As I Save’ and now the melodic metallers set loose their new video single ‘Nothing In The World’ on Monday 12th May.

Pulling from everyone from the likes of Avenged Sevenfold and Iron Maiden to Coheed and Cambria, Zoltar Speaks are here to shake your world with a sound that merges both fiery and majestic vocals with hearty riffs and elephantine choruses.

Formed in 2009 and bursting out of the rural plains of Somerset, Zoltar Speaks are fronted by enigmatic vocalist Louise Body, with Ben Dean hammering at the drums, Simon Roocroft providing the backbone on bass, and Daniel Pratt and Jason Coles shredding it up on the guitars. The unstoppable five-piece have built up an army of dedicated followers fuelled by extensive touring throughout Southern England and Wales where they notched up supports with Idiom and Malefice. The release of the band’s debut EP ‘Treatment’ further increased their national profile, and now with the launch of their new full length album ‘Save As I Save’, the ascending metal crew are set to soar.

The south west melodic metal crew’s debut album ‘Save As I Save’ features twelve stunning slabs of cutting metal and has already racked up critical acclaim from Big Cheese, Metal Hammer, Rocksound and Powerplay. Metal Hammer in particular have been very supportive of the band by placing a track from the record on their cover CD. The band now surge forward with the release of the video single ‘Nothing In The World’, out this May and the cut is destined to grace TV screens.

++ ZOLTAR SPEAKS RELEASE ‘NOTHING IN THE WORLD’ ON MONDAY 12th MAY,

THE VIDEO CAN BE VIEWED HERE https://www.youtube.com/watch?v=XKuimZxl5gk ++ 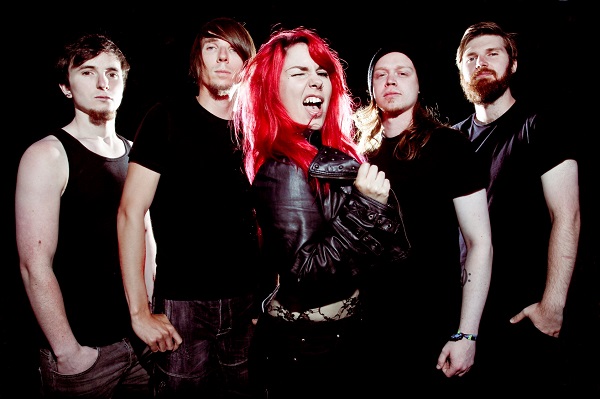