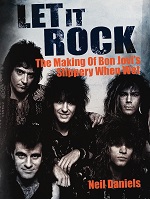 LET IT ROCK – THE MAKING OF BON JOVI'S SLIPPERY WHEN WET

OUT NOW IN THE USA AND UK

1986's Slippery When Wet not only put Bon Jovi at the top of the rock tree, it went on to become one of the biggest selling albums ever, spending eight straight weeks at the top of the Billboard chart and going 12 x Platinum in the States, as well as No.1 in the UK. Although some people won't admit to liking the album, most of us have a copy somewhere and classics such as 'Living On A Prayer' and 'Let It Rock' are guaranteed to get folks singing. Top rock writer, Neil Daniels, looks at not only how and why the album was made, but what preceded Slippery When Wet; what went after; a song-by-song analysis; the Slippery When Wet tour (complete with tour dates) and more. He canvasses opinions from musicians who know the band, such as Dokken, Joe Lynn Turner and Jonathan Valen, plus top rock writers, such as Steve Rosen, Jason Ritchie and the Bailey Brothers, who all share their views. Ex-Kerrang! writer Paul Suter provides a foreword, and ex-Gentle Giant frontman Derek Shulman, who signed the band to Polygram Records when he was senior vice-president of A&R there, writes the afterword. This is all topped off by some rare photos of the band at work and play. Bon Jovi polarize opinion, but the band and album have an army of fans from mum's and dad's to followers of melodic rock and more, who will love this celebratory book. Neil Daniels is the author of over a dozen books on rock and metal and has contributed to many music magazines, fanzines and websites. Visit www.neildanielsbooks.com 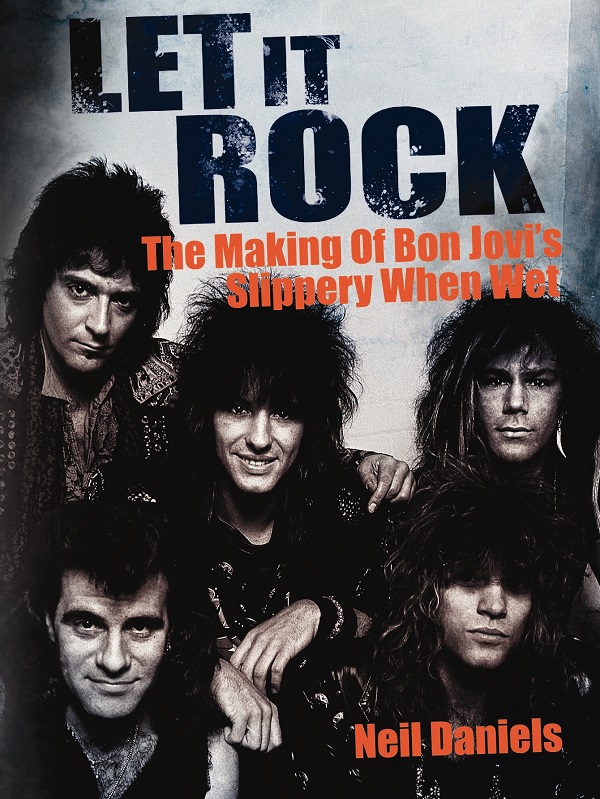