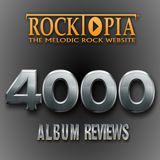 The database of Album reviews at www.rocktopia.co.uk has just recorded its 4000th addition. Written by members of the FIREWORKS MAGAZINE team, the reviews cover all shades of musical taste as covered by the magazine and also here at ROCKTOPIA from AOR to PROGRESSIVE METAL to BLUES ROCK to SYMPHONIC ROCK & METAL to MELODIC HARD ROCK to PROGRESSIVE ROCK to CLASSIC ROCK to FOLK ROCK to HEAVY METAL ....indeed all your favourite genres that include that very important essence of at least an underlying melody within the Rock and Metal music spectrum.

To celebrate this event, reviews of FIVE important new releases were published to take the number of reviews up to this important milestone. Click HERE to read them ...

Here at ROCKTOPIA you will find reviews of many independently issued releases that are hard to find elsewhere. We are proud to support all aspects of the melodic rock and metal community and if you represent a band or a label and you would like a forthcoming album to be considered for review, then send REVIEWS EDITOR Dave Scott a copy for evaluation. If the release is shorter than a full album, then it is Steven Reid to whom you should send your submission for his 'SHORT, SHARP SHOTS OF ROCK' column, published in each new edition of Fireworks Magazine.

On behalf of the Rocktopia team, Bernhard Kellerer would like to thank you for your support throughout the years! 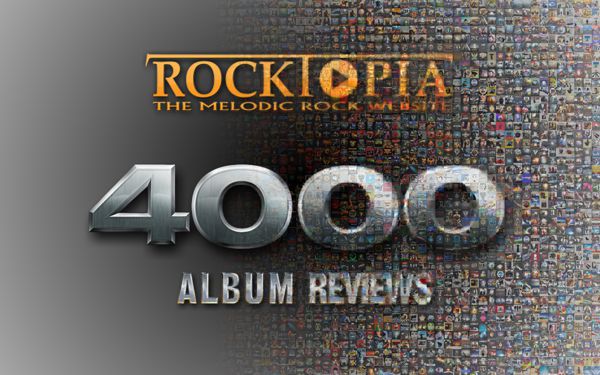