JIZZY PEARL - Back Out for the Blackout

One of the more controversial characters to have survived through the Grunge years with his integrity intact, Jizzy Pearl, best known for his time fronting cult favourites Love/Hate, but who has also taken the vocal role in Ratt, LA Guns, Adler's Appetite and currently Quiet Riot, is once more set to tour the UK. The occasion? Unbelievably the 25th (yes twenty-five) anniversary of the Love/Hate acclaimed debut album 'Blackout In The Red Room'. With any subsequent attempt to bring the original line up of that band back together ending, well let's just say, not well, Jizzy is this time teaming up with (the excellent in their own right) new Scottish three piece, The King Lot, to bring his classic album to life once more. With just a couple of weeks before the tour begins, Rocktopia took the chance to ask Jizzy about his 25 years and counting in the spotlight...

You're just about to embark on a UK tour to celebrate the 25th anniversary of the Love/Hate debut 'Blackout In The Red Room'. How does it feel to know that a quarter of a century after its release, that album still resonates so deeply with people?

Let me start out by thanking you guys for the cover last year! Very nice indeed. Sooo...25 years? Where has the time gone? There are two reasons why this record still resonates. First the music is GOOD, it still sounds good 25 years later. Well written and well performed. Secondly, in the intervening years I have tried to keep a small fire burning for all the fans through my Internet presence and a yearly return to the UK shores.

To me, it is a hugely honest and up front album - way more so than most albums from that era. In a way, do you think that goes a long way to explaining its longevity, while also ensuring that the mainstream never really understood it?

The record reflected the times we lived in, the Sunset Strip, the debauchery, it described drinking in a very Bukowskian way; no guilt and no remorse – hence the cautionary sticker on the album. The honesty comes from the way we lived and what we were experiencing at the time. A cool kind of energy for sure.

Over the years there have been numerous attempts to reunite the original line up of the band, but with little long lasting success. How bemused are you that even all these years down the line, certain people no longer in the band seem unable to put past differences aside and simply celebrate music that is hugely important to the fans?

There was an attempt at a reunion in 1998 which ended in fist fighting and disaster. Another attempt in 2007 almost sent us home from a UK tour after only 2 shows. Both times the reunions were initiated by me and both times I took the blame when they failed. There was a time when the band was the most important thing in our lives and when it stopped being the most important thing in our lives it was hard to keep it together for very long. In the 20 or so years since the band broke up I haven't stopped anyone from being musical, in fact I encouraged it. The other fellows aren't on the musical landscape for their own reasons, mainly because they're domesticated with day jobs and kids and that's OK. And there are others who haven't done anything musical who want to gripe about me stealing the name. I never stole the name; nobody else wanted it.

So, for this tour you're teaming up with the Scottish band The King Lot, who will back you on the tour. How did you come to find out about them?

I found them through Christian Kimmett who runs the Bannerman's club in Edinburgh. He assured me that the guys could play the material and he was right. This is my first experience showing up and having a band back me up playing the material. It's a little scary—but my friends do it all the time so I think it will work out just fine. 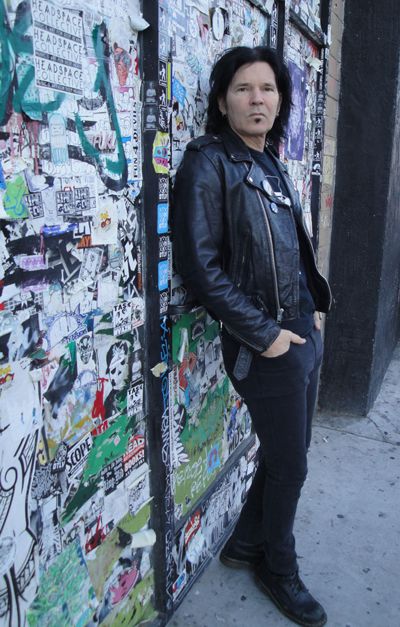 They're a band I know well and a superb live act. In fact, the last time I saw them, they played a storming version of 'Blackout In The Red Room'! How have you all been preparing and rehearsing for these shows?

We rehearse via Dropbox and Skype—I ordinarily loathe what technology has done to the music business but in this case it's a Godsend.

Obviously, for the anniversary you're playing the 'Blackout...' album in its entirety. What else can fans expect to hear in the rest of the set?

They will hear a few songs I don't ordinarily play, plus a few familiar ones along with the 'Blackout...' record played front to back. Fans can expect to hear the songs sung just like they remember off the records and trust me in this day and age that's a feat.

You seem to have a real affinity with the UK - and the UK fans with you. Why do you think that Love/Hate seems to connect so strongly over here?

The UK fans have a relationship with the music that cannot easily be explained. Maybe it's the same thing I had when I was a kid listening to Led Zeppelin or the Who, music was larger than life and it spoke to me on a personal level. Or maybe we're all just weird...

Now, when I Googled your name, you won't be surprised to know that the main topic that comes up isn't your great music, or acclaimed books. It's the Hollywood sign "incident". Can you believe how strongly that moment remains stuck in people's minds?

I still talk about it every time I do an interview—yes it was an event and yes it was crazy and yes it has lived on for eternity because of Youtube. I don't think anyone has ever fucked with the sign as good as me and now thanks to me no one ever will.

Does it ever irritate you that it would be possible to suggest that it's gone on to, in many people's minds, overshadow every band, project or endeavour you've been involved with since that moment?

I have done so much, I've played stadiums with AC/DC, hung with Ozzy and Dio, met most of my Rock n Roll idols, travelled the world. And I still travel the world today. 99.9 % of the musicians out there will never know what it's like to hear your song on the radio for the first time, or see your video on MTV, or travel on a luxury liner 10 months a year. The experience of True Glory, the Hammer of the Gods. Only people who have done what I've done can understand that.

Your most recent release, 'Crucified', was originally mooted to be a Love/Hate release, before coming out under your own name. Do you think that we'll ever see the Love/Hate moniker on the front of a new CD, or download ever again?

When I changed the name of the record I found that the sales didn't diminish at all—so why open up that can of worms and re-visit the land of accusations? From now on I'll go solo.

'Crucified' was an excellent EP. However it seems to have gone largely ignored. How frustrating was that?

All new records get ignored. People always gripe about wanting to hear new music while ignoring the realities of the Internet. True fans will buy the music but the majority will not, so it is what it is.

Obviously over the 25 years since the Love/Hate debut, the music industry has evolved beyond all recognition. Do you think that the motivation to record new music and the impact it can make has almost diminished to such a level that, in an age where so much new music is made, very little of it actually has a relevance to more than a few people still holding on to the ideals of the past?

Music can never mean as much to a 40 year old as it does to a 17 year old, that's a fact. You can make the best record possible today and it will be overshadowed by what you did 20 years ago. Were the songs better back then? Probably. Did the records sound better back then? Of course they did, they cost 100 times more. You do what you can with the tools that you have and hope people dig it.

In recent years you've also been part of Quiet Riot. How much have you enjoyed that and how did the band's long-lasting fans react to you fronting the band?

Quiet Riot is a hard gig, no denying that. I have big shoes to fill. But I think I do OK.

And finally, you've written three critically acclaimed books. Have you any plans to add to that fantastic collection?

Book writing is something you do closeted away in a garret far away from the crowd. It requires many hours of alone time that right now I cannot spare because of my busy touring schedule. So the short answer is no.

Thanks for taking the time to answer the questions, and all the best for the tour! 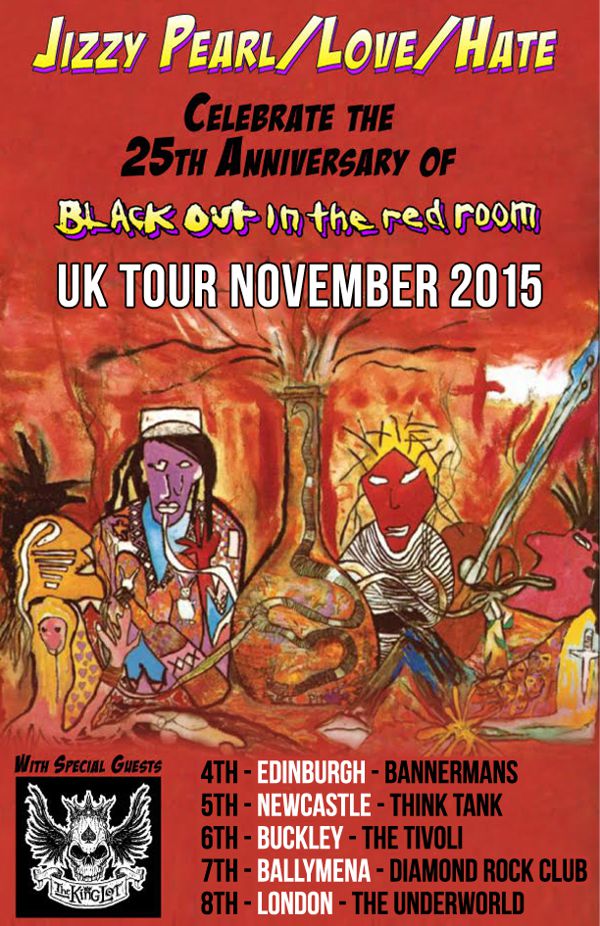