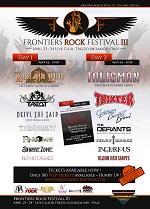 Frontiers Music Srl is pleased to announce you the names of the headliners of the third edition of the FRONTIERS ROCK FESTIVAL, two UNIQUE and EXCLUSIVE shows that will close the two days of the Festival, which will be held at the “Live Club” in Trezzo Sull’Adda, Milano, Italy:

--from USA/UK : LAST IN LINE. Vivian Campbell, Vinny Appice, Jimmy Bain and Andrew Freeman will perform the best off their debut studio-album, coming out in February 2016, along with some immortal songs from the now legendary DIO initial trilogy of records. This will be the ONLY EUROPEAN SHOW for the band!

--from Sweden/USA: TALISMAN. They’re back!!! The surviving members of Talisman (Jeff Scott Soto, Jamie Borger & Pontus Norgren) who reunited in 2014 for a one-off performance at the “Sweden Rock Festival”, have agreed to appear again for one EXCLUSIVE show in 2016 at the annual Frontiers Rock Festival. Along with bassist Johan Niemann (Evergrey) and keyboardist BJ (SOTO), Talisman will headline the second night of the Festival.

Regular tickets on sale NOW via these links: 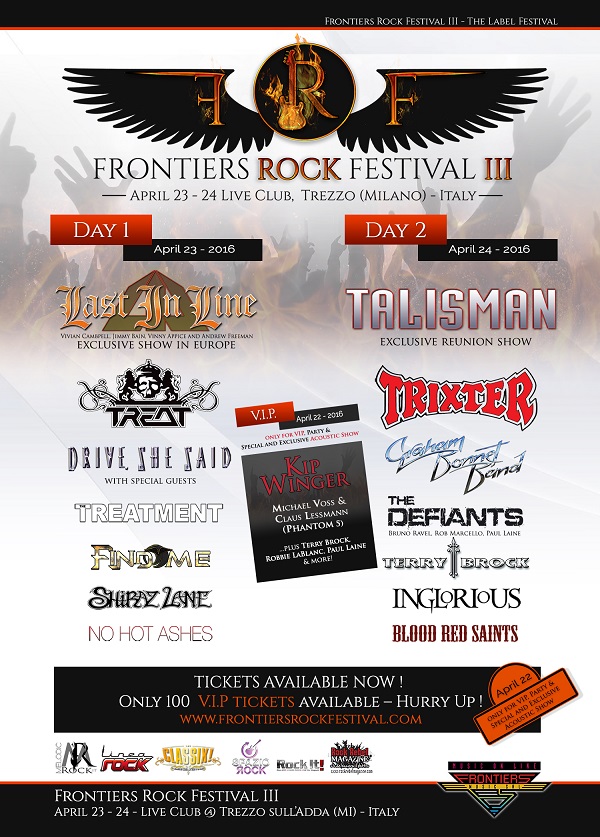