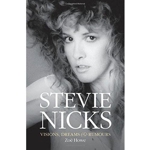 Born Stephanie Lynn Nicks in Arizona in 1948, Stevie Nicks' musical influence is almost unparalleled in modern times. In this completely updated paperback version of her 2014 bestselling hardback Stevie Nicks: Visions, Dreams & Rumours, award winning author Zoë Howe celebrates the phenomenal life story of a music icon and artistic visionary, and is a must read for fans old and new.

Stevie Nicks: Visions, Dreams & Rumours takes the reader on a candid journey of intense highs and lows in both her career and her personal life from childhood, through phenomenal commercial success as a member of Fleetwood Mac, and then into an award winning solo career. It features exclusive interviews with many of Nicks' collaborators and peers, and brings the story bang up to date in time for her recent announcement that she will join old friend Tom Petty on the bill at British Summer Time 2017, in Hyde Park on 9th July.

Stevie Nicks: Visions, Dreams & Rumours also coincides with the 40th anniversary of the release of Rumours on February 4th 1977. Fleetwood Mac's Grammy Award winning 11th studio album is widely acclaimed as one of the biggest records of all time in terms of musical influence, with current global sales in excess of 45 million. Edge of Seventeen - the third single taken from Nicks' 1981 debut solo album Bella Donna - celebrates the 35th anniversary since its release in February 1982.

Zoë Howe is a writer, musician and visual artist based in Essex. Her books include Lee Brilleaux – Rock 'n' Roll Gentleman, a biography of the celebrated Dr Feelgood frontman, Barbed Wire Kisses – The Jesus and Mary Chain Story, Typical Girls? The Story Of The Slits, How's Your Dad? Living In The Shadow of a Rock Star Parent, Florence + The Machine – An Almighty Sound and Wilko Johnson – Looking Back At Me.

She was also a contributing author to British Beat Explosion – Rock 'n' Roll Island and wrote the 'fairytale' which accompanied the 2015 DVD release of award-winning Julien Temple documentary The Ecstasy Of Wilko Johnson. In 2015, Zoë joined the Doc 'n' Roll Film Festival jury, and was also announced as the Louder Than Words Festival's first 'luminary'. She is The Blues Magazine's resident rock 'n' roll agony aunt.

Zoë's debut novel, Shine On, Marquee Moon, was shortlisted for the Virginia Prize For Fiction in March 2016. Her writing has also featured in The Quietus, Company, Classic Rock, BBC Music, Holy Moly, Channel4/Music, ITV, NME, Notion, Gigwise, The Blues Magazine, BBC America and Contemporary amongst others. 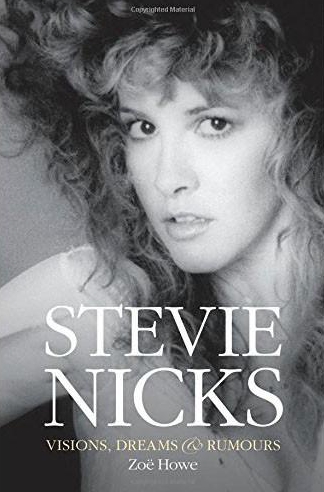