Swedish metal band ZONETRIPPER released a music video for 'Disconnected', it's the first single out of their debut album, due for release later this year. ZONETRIPPER was formed by metal and rock producer Fredrik Reinedahl (Solstafir, Peter Dolving, Opeth, In Flames). The video can be viewed here: {qtubevid:=QLTLIUELR-M}

The video was shot by Ninja Agborn in support of Standing Rock and the water protectors there - to commemorate the Wounded Knee massacre.

ZONETRIPPER was formed by metal and rock producer Fredrik Reinedahl, known for producing, engineering and mixing bands like Solstafir, Peter Dolving, Opeth, In Flames, Burst, Gadget and more, with the idea to reinvigorate the metal scene by taking what he learned from growing up as a metal fan and fusing it together into a something fresh, something never heard before. Everything from blues to thrash metal, from psychedelia to pop. There are no limits, that was the basic idea.

Songs came together quickly, but forming the band took some time. Numerous singers have passed the door, among them Peter Dolving from The Haunted (now in I Am Fire and Dress The Dead) and Krummi Bjorgvins (Legend).

Now the band consists of some known faces from the Gothenburg metal and punk scene. The bass is handled by none other than Martyrdöd vocalist Mikael Kjellman. Kalle Persson from Skitsystem joined ZONETRIPPER on drums last spring, together with keyboard player Niklas Abrahamsson. The band is fronted by vocalist Anette Lith, who has a background as a singer and dancer in musicals and shows across the globe.

The band have recorded it's first album and is looking to release it in 2017. In the meantime, the band will do as much touring as possible 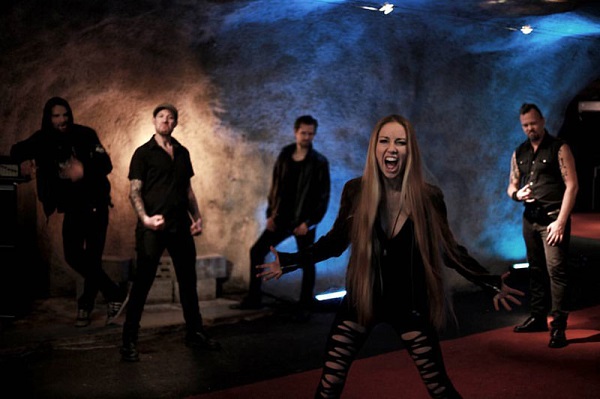