Hard Rock Hell's CEO, Jonni Davis was determined to make this inaugural awards night something different and truly special. In fact, most attendees – industry and fans alike – rose to the occasion by dressing in a glittering array of Rock 'n' Roll fashion. So, with the obligatory red carpet posing out of the way, the lights dimmed and the stage was filled with a bevy of scantily clad girls who rocked out to a heavy soundtrack. These weren't just any dancers, however, as things really heated, up quite literally as they proceeded to twirl and juggle flaming fire sticks in synchronicity. This spectacle was added to by sparks flying from another dancer wielding an angle grinder and a further two breathing fire at the front of the stage. What a way to start! 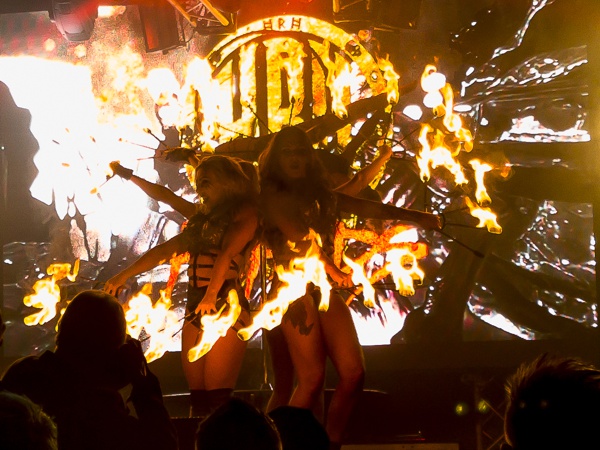 Davis then took to the stage to get the awards underway aided by HRH Magazine Editor, Simon Rushworth. First category up for grabs was 'Angels Of Rock' and was won by Brit favs, Girlschool, and this was closely followed by 'Brothers In Arms' (Best Record Label), this time won by Nuclear Blast and then last award before a bit of live music was 'HRH Rising Stars' which was taken by a worthy Massive Wagons.

The first live band of the night was Idlewar who did a sterling job and really got the party started. Are these guys the heavy Metal bastard sons of ZZ Top? We then returned to business as Davis announced the 'Axeman' award, which went to Michael Schenker, who was there to accept it – hot off of his UK tour. Next up was the 'HRH Young Blood' award, which passed to Stone Broken. What perhaps many people don't realise is a large percentage of the income generated in the HRH family goes back out to invest in new, up and coming bands, and to push others up to the next level. A very inspiring concept so full respect to Davis! The final award in this section was the 'Metal Maniacs' award, which went to a very appreciative Skindred.

It was then time for more live music and another State-side band, Kill Code. Again, it was a fantastic performance which oozed attitude, stage presence and ability. Vocalist Tom Morrissey and guitarist D.C. Gonzales clearly attended the Guns N' Roses school of attitude and looks, and passed with a distinction which made it a very watchable show. 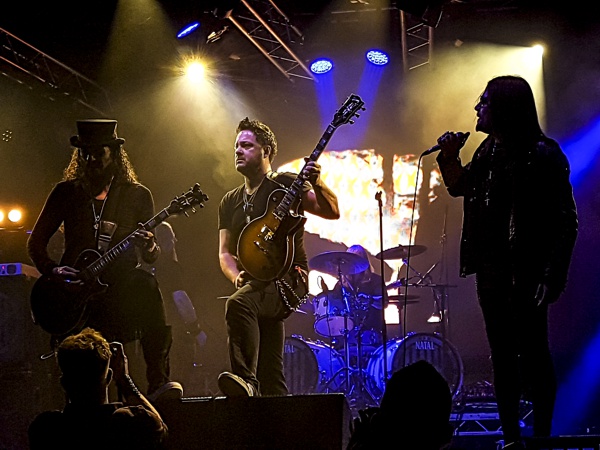 The awards were steadily getting meatier which lead us to the 'Global Heroes' category, which went to those Aussie rockers, Airbourne. The next one was unique to HRH as it's the 'Best HRH Venue' and this winged its way to the wonderful Sheffield O2. The last award in this block was the 'Summer Solstice' Award for best festival and was presented to that Goliath of festivals – Download. 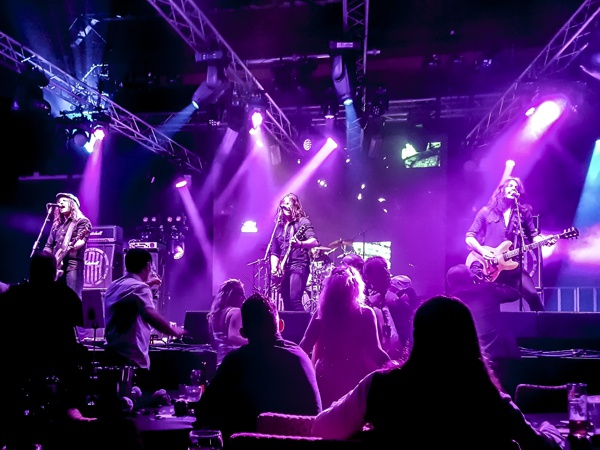 The excitement levels were raised to fever pitch with the next live band who can only be described as AC/DC on acid! Black Aces really do give 110% in their live shows, not only are the songs hard, fast-paced Classic Rock at its best, but the band were (to use an Aussie term) truly stoked to be playing and pulled out all the stops. For me, they were the best band of the evening so far. 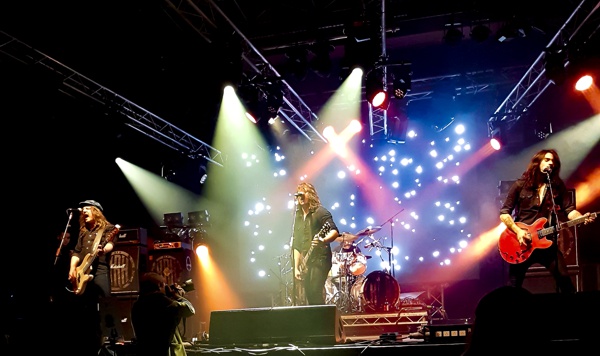 It was then back to the final chunk of awards for the night and this section kicked off with the 'Individual Achievement' award, which went to only of the hardest working guys in music today, Steve Strange. The last award of the night for 'Legend' went to Dee Snider. In accepting the award, he said it was for his mum, who as many know was critically ill and was the subject of whether Snider would make it this weekend or not. However, he stated that whenever he'd had upset, fear, depression or despair, Heavy Metal has pulled him through and that's why he was here, and here to play. The great man received a standing ovation – what a way to the end final award. 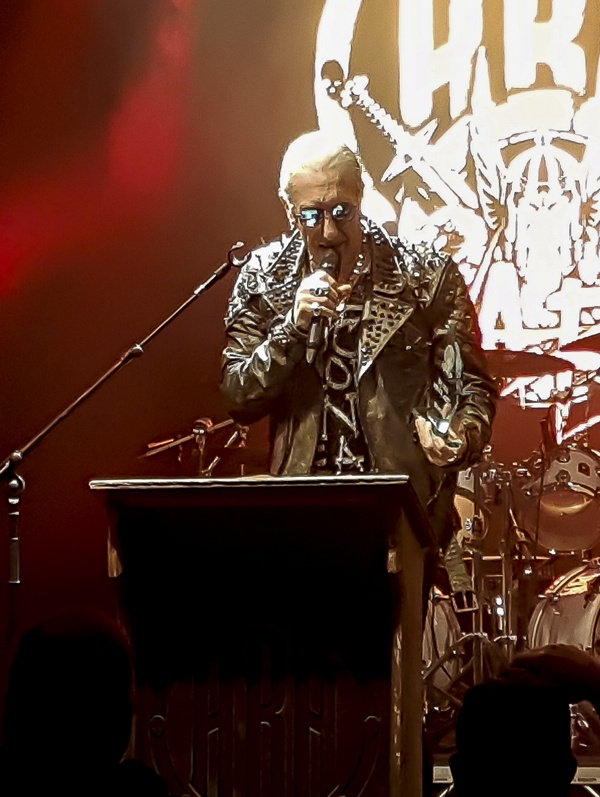 The night wasn't quite finished yet as earlier winners Massive Wagons took to the stage to round off what has been an emotional and inspirational night.
Jonni Davis, you have achieved another first and another feather in your cap brother, your HRH family love you!

Review and photos by Paul Sabin